Canon enters the mirror-less, interchangeable lens camera market with the EOS M, a small camera capable of using all EF and EF-S lenses via an adapter Canon's first mirror-less interchangeable lens camera has an EOS pedigree and looks to be a fine product. It can accept EF and EF-S lenses via an adapter, but there are new, more compact lenses available for it, too, including a 22mm pancake. It will go on sale in early October, but pricing is yet to be determined.

Canon has today made public the details of its first interchangeable lens camera: the EOS M. The EOS M is a camera that was developed at the same time as the company's EOS 650D digital SLR and it shares many of the same features as that camera: an 18-megapixel APC-sized sensor and a DiG!C 5 image processor being the main features.

The camera will take on the likes of Nikon's 1, Olympus' PEN, Panasonic's G Series, Sony's NEX, Pentax's K-01, and Samsung's NX cameras just to name a few. With all these vendors having a head start in the interchangeable lens camera race, Canon has had to come up with a major selling point for this camera, and that may well be the fact that the EOS M can use any EF and EF-S lenses through an optional adapter (or it can be supplied, depending on the kit), which is a boon for existing Canon D-SLR users.

The lens mount on the EOS M is a new one called EFM, and it will come with a range of new lenses such as a 22mm pancake lens with an f/2 aperture, as well as an 18-55mm lens with an f/3.5-5.6 aperture and image stabilisation (IS). The new lenses don't have buttons for switching to manual focus or turning on IS, but these features can be accessed through the camera's menu. Canon says this design allows the lenses to be smaller and lighter. With the use of the EF-EOS M adapter, the full range of EF and EF-S lenses can be used on the compact EOS M body. This adapter has contacts that facilitate auto-focusing and it also includes a mount for a tripod. Canon says the rule of thumb is if the lens has a tripod mount, then you use that mount, otherwise, you use the mount on the adapter. 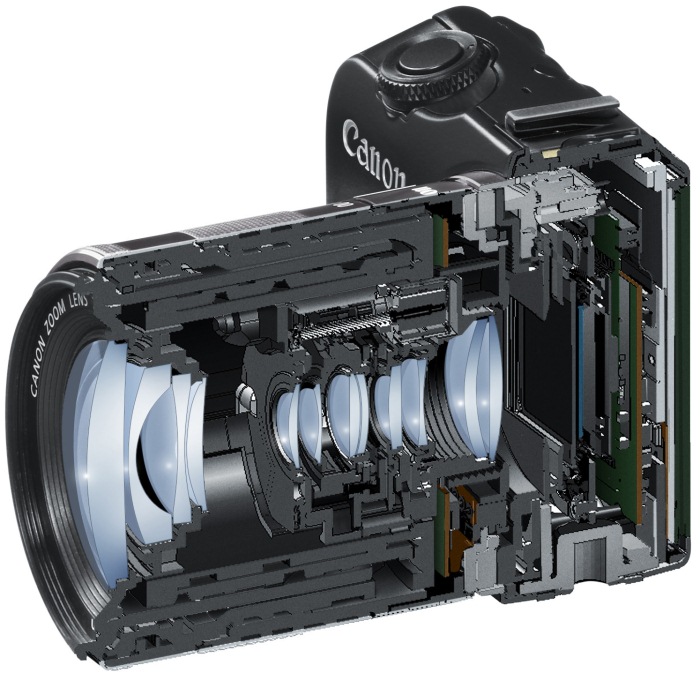 A cross section of the new EOS M. Image supplied by Canon.

While existing Canon users can make great use of this camera thanks to the lens adapter, it's also a camera that's aimed at users who want something simple to use, and this can be seen in the body of the camera, which doesn't have an excessive amount of dials and dedicated controls. A lot of advanced features can be found in the menu system, but the most visible features are the simple mode dial that can toggle between intelligent auto scene mode, normal mode and video mode. For users who are accustomed to playing with dials, this camera might require a learning curve. For users who are new to advanced photography, the simplicity will be appreciated, as will the built-in user aids. For example, users who aren't familiar with aperture and its effect on depth of field can simply choose a setting that makes their background blurry — this is similar to the approach employed by Sony NEX cameras, for example. 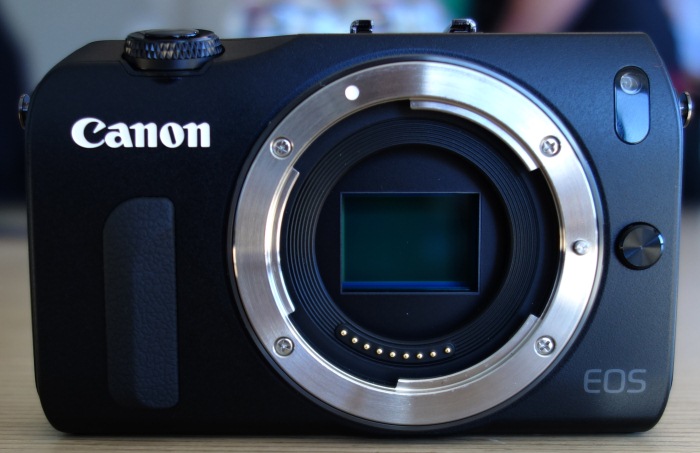 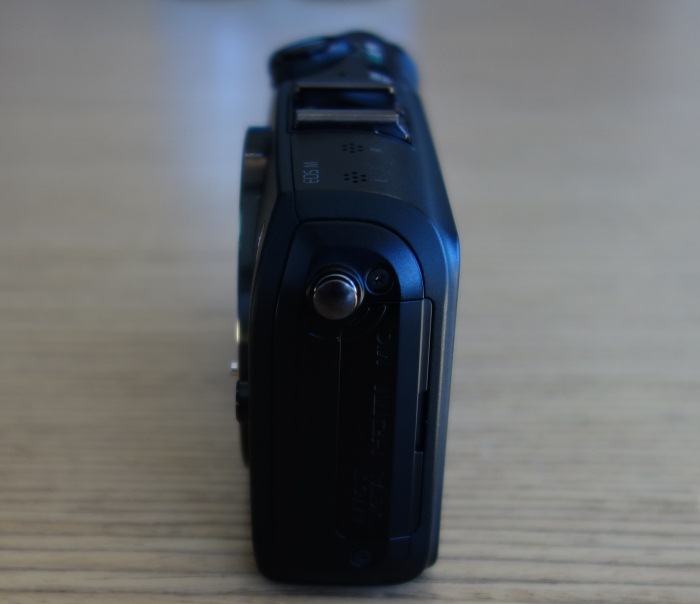 Side view of the Canon EOS M.

Pretty much all of the EOS M's features can be controlled through the 3in touchscreen, which is capacitive and as easy to use as a good mobile phone or tablet screen. Apart from playback and menu settings, touch control is present for focus points and the shutter. You can touch any part of the screen at the point you want the camera to focus on, and if you have the auto-shutter enabled in the menu, it will also take the picture — no need to press the shutter button. This is a feature we first saw a couple of years ago in the Panasonic Lumix G2.

During our brief hands-on with a pre-production model, what was immediately noticeable about the EOS M is just how quickly and effortlessly it can focus. It was set so that we didn't even have to press the shutter button halfway down; every time the camera was pointed to a near object from a far object, the focus changed almost immediately and it was spot-on accurate. With the new 18-55mm kit lens, accurate focusing can be made from a distance of 25cm away; with the 22mm pancake lens, focusing can be from as close as 15cm.

The menu system is very similar to the one in the EOS 650D and from what we saw in the pre-production model, it's fast and easy to understand. It also includes plenty of scene modes and some art filters. We don't know officially what its picture quality is like yet, but we reckon it will be pretty good considering what we saw from the pre-production model that we briefly looked at. 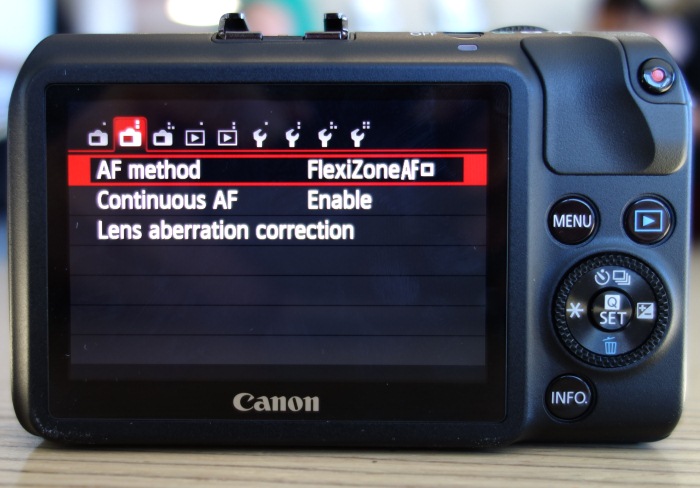 Rear view and menu system of the Canon EOS M.

Canon hopes that this camera will find success as a serious camera that's easy to use and easy to carry to any type of situation. The company said it recognises the need for a high quality camera that doesn't weigh or command as much attention as a full-blown digital SLR. The EOS M can be taken to any type of event or gathering and provide much better overall image quality and flexibility than a regular compact camera. It can even be the second body in a photographer's camera bag thanks to its ability to use such a wide range of existing lenses via the adapter. The camera has an ISO range of 100-12800, Full HD movie recording and a speed rating of up 4.3 frames per second.

The EOS M will be available to purchase from early October for a price that is between the EOS 600D and EOS 650D cameras, which means the price will range anywhere between $680 and $890, according to Canon.