Canon EOS 60D review: This digital SLR camera is perfect for anyone who's got more than just a passing fancy for photography Canon's EOS 60D digital SLR camera is a joy to use in all photography situations. It's fast, it performs very well in the dark, it takes crisp and vibrant pictures, and it offers plenty of physical improvements over the 50D. In fact, it gives you plenty of reasons not to go for the more expensive EOS 7D! However, we do think that its buttons could be a lot better; they are almost flush with the body and feel too squishy.

The Canon EOS 60D sits between the Canon EOS 50D and the Canon EOS 7D in Canon's mid-range digital SLR offerings, and it's a mighty beast to shoot with. It's fast, it has a vari-angle LCD screen, it can shoot high-definition video, and it has useful built-in image processing. If you're looking to upgrade from an entry-level digital SLR, or even if you're a current 50D user and don't want to move to a full-frame camera, you will definitely be pleased with the 60D; it's even a great, albeit less powerful, alternative to the 7D.

The Canon EOS 60D has the same APS-C sized, 18-megapixel sensor as the EOS 7D and despite not having dual DiG!4 processors like the 7D (the 60D only has one processor), it's still a very fast camera to shoot with. It's rated as being capable of shooting 5.3 frames per second in high-quality JPEG mode (the 7D can do 8fps), but we actually achieved a slightly higher rate of 5.5fps in our burst mode tests. Not only that, but we were able to shoot more than 100 frames in a row before the camera's buffer filled and the rate slowed down. That's pretty good going and it means you'll be able to use this camera for action photography. It's worth noting that the 60D uses one SD card to store images, whereas the 50D uses a CompactFlash slot. We used a Class 4 SD card for our tests.

But not only is the 60D fast, it also possesses an excellent high ISO capability. You could easily shoot at ISO 6400 without noticing much discolouration and noise in your photos, even if you crop them. This is very handy if you don't have a lens with a very wide aperture for night-time shooting; for our tests, we used Canon's EFS 15-85mm macro lens, which has a maximum wide aperture of f/3.5 and built-in stabilisation. 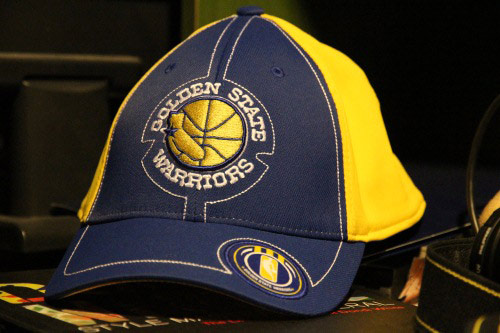 You can get amazing results in low-light situations when using the camera's highest ISO speed of 6400. 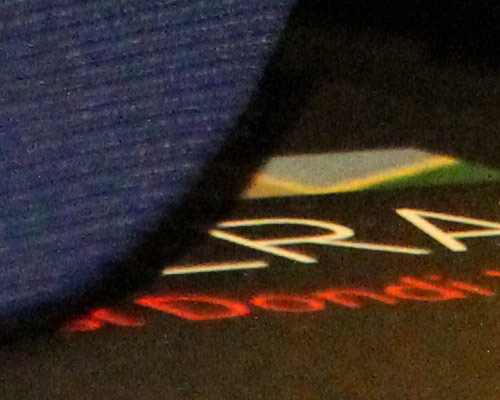 At 100 per cent, the photo's quality is still very high and it is not ruined by discolouration or excessive noise. 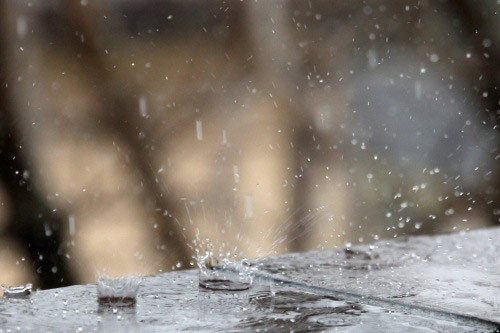 With its fast burst mode performance, you can use the EOS 60D to capture exploding raindrops, for example. Of course, it's also useful for capturing your pets or kids playing in the park.

One of the talking points of the EOS 60D is its in-built camera processing. It allows you to process RAW files in the camera, which is handy if you don't have access to a computer that can readily process them, and it also has built-in art filters. You can apply one of four art filters to already-taken photos and keep the original photos. These filters include: grainy black and white, soft focus, toy camera effect, and miniature effect. 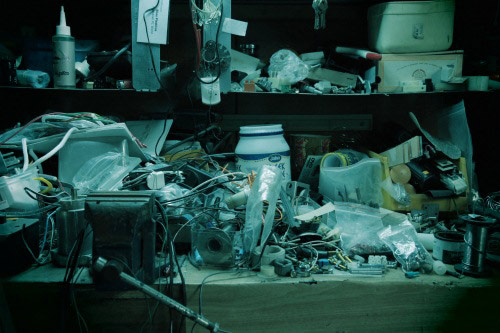 Using the toy camera effect's cool setting, you can give your photos a cinema-like quality. 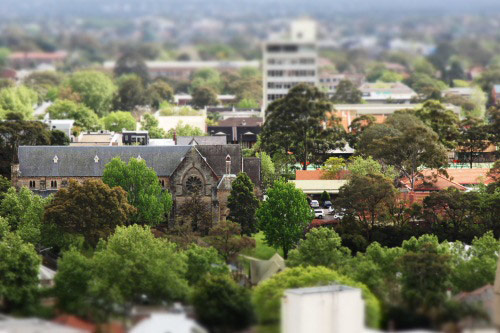 The miniature effect can be used to make objects appear small and toy-like. See how this effect compares to the same effect on the Ricoh CX4 compact camera.

While the art filters are nice to have, the whole point of a digital SLR is that you can manipulate the exposure yourself to obtain a particular look. The body of the EOS 60D is similar to the EOS 50D's, with one dial next to your index finger for changing the shutter speed and a thumb dial on the rear for changing the aperture. However, there are also plenty of layout differences and improvements to the control system. The shutter button has more of a contour around it and is very comfortable to use; the power switch resides on the left side of the body just under the program dial; and the program dial itself has a lock on it that prevents you from inadvertently changing mode. To change modes you have to hold down the central button as you turn the dial.

The other big difference is the addition of a hinged LCD screen. You can now swing the screen out toward the left of the body and this very useful not only for self portraits, but also for taking photos at awkward angles. It's quite bright, although it can be hard to see on a sunny day if you use Live View or video mode. One feature we wish the camera had is an automatic sensor to detect when you're looking through the optical viewfinder and switch off the Live View mode.

Dedicated buttons allow you to quickly change ISO speed, drive mode, metering and focus modes, and more settings can be used by pressing the Q-menu button. There's an info button at the back of the camera; when pressed, this gives you a glimpse of settings such as the colour temperature, bracketing information, ISO noise reduction setting and the storage status of your memory card. These are additional details to the main exposure and drive settings that can be found on the screen atop the camera. One of the useful features in the Q-menu is the electronic level, but it can't be overlayed on top of the scene you're shooting in Live View mode. Instead, it's a tool that can be used for landscape photography if you are using a tripod that doesn't have a spirit level built in to it.

While the camera's body feels sturdy and has plenty of heft to it (especially with the 15-85mm macro lens), we do think the quality of its buttons could be better. Most of them feel spongy and the menu buttons are too flat and shallow for our liking. The 8-way control button could also be made more tactile and responsive. During our tests, we had a lot of trouble using this button to move toward the right in a menu or setting, which was very annoying. We also don't like the 'unlock' button, which replaces the three-position on-switch found on the 50D. In addition to being hard to press, it didn't actually appear to make any difference to our settings.

The EOS 60D offers vast improvements over the EOS 50D. Not only does it produce bigger images, it also has a more contoured body and plenty of new great features, such as the hinged screen. It's a camera that just makes you want to go out and take photos. The best part is that you can use it in pretty much any type of situation, even if you are new to photography. It performs exceptionally at night, it's great for capturing sporting events, and it can be set up precisely to capture landscapes. However, we do wish it had better quality buttons.