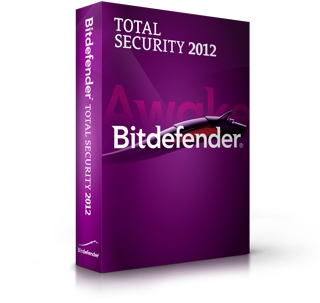 Judging from the AV-Test results, Bitdefender Total Security 2012 has to be one of the best IS products around at the moment. It's thorough and easy to use and puts little strain on a typical PC. The price includes licences for up to three computers and a 1-year subscription.

Bitdefender is a Romanian company which has been making Windows anti-virus software since 2001. After an over-zealous makeover last year, the company now claims it has 'the sharp mind of the wolf and the sleekness of the dragon, the vigilance of the alpha-male and the indestructibility of the snake's body'. It writes software. Actually, it writes rather good software and this package is the top product in a range which includes IS and simple AV products further down the line, if you don't have the need or budget for the full thing.

Bitdefender Total Security 2012's interface is cleanly designed with four big icons in the centre panel. In fact, there are ten big icons, but they won't all fit at once. Instead, you scroll sideways through the control panel. Each leads to a further screen with, for example, a log of scan results or plots of network activity.

There's a separate button for settings, which calls up a multi-tabbed screen where you can fine-tune each element of the suite's protection. Features which go beyond the normal mix of Internet suite applets include virtualising your browser, which is designed to protect it from web-based threats, and social network protection, which checks any links you receive from busty temptresses called Matthew X3654.

Another good feature of the product is Auto-Pilot, which prevents it from interrupting you with questions like 'I've just detected Firefox trying to contact the Internet; what should I do?' and instead makes intelligent guesses over the 'proper' action to take. During testing, Bitdefender Total Security 2012 was nicely quiet and didn't appear to make any silly decisions.

Running a full scan on our test basket of files took 19min 39sec to examine 98,483 files, giving a rate of 83.5 file per second, the third quickest we've seen. With the background systems running, our 1GB file copy took just 33sec, implying very little performance impact, though with a system scan running this rose to 2min 13sec. However, scheduled scans only run when the system is idle, so you shouldn't feel that performance hit.

AV-Test awarded the Bitdefender engine 16/18, an excellent score. It loses only 0.5 each in the Protection and Repair categories and 1.0 under Usability.

Finally, in correcting system modifications caused by malware, the average is 57 percent, but Bitdefender Total Security 2012 scored 89 percent. Pretty impressive and something the company can be rightly proud of.