This budget BenQ monitor is made for gamers 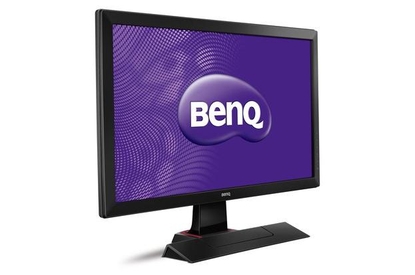 BenQ’s $200 RL2450H is a decent monitor for budget-conscious gamers and would make for a reasonable mid-size monitor for any home office or workplace. It’s not the brightest, the most colour-accurate or the best-designed monitor available, but it’s OK considering its low price tag.

BenQ monitors generally sit at the low- to mid-point of the LCD market. They’re usually attractively priced, tending towards smaller sizes and simpler designs to stay competitive. This means the RL2450H is one of the larger BenQ monitors available, beaten only by a few 27-inch panels.

BenQ aims the RL2450H at gamers, specifically players of real-time strategy (RTS) games. This is an interesting angle to take — brands like ASUS and other BenQ monitors like the XL2420T cater to the more glitzy world of first-person shooters (FPS). The RTS world is huge and diverse, though — StarCraft and its sequels are some of the most-played games in the world, and have a fanatical following in the pro-gaming scene.

The BenQ RL2450H looks slightly StarCraftian in its design — while the monitor itself is as simple as they come, with a consistent matte black 20mm-thick bezel on all four sides, the stand is more angular. It’s got a piano black rectangular neck for a stand, surrounded by a thin strip of red, with a triangular prism as a base — think Toblerone bar laying down in front of the screen.

All the RL2450H’s buttons are arranged on the lower third of the screen’s right-hand-side bezel. There are six in total — the power button, and five contextual buttons that change depending which area of the menu you’re accessing. From the absolute top of the menu structure, the top button is quick access to picture presets, the second jumps to screen scaling modes (bafflingly; we don’t see any common usage for these), while the third allows percentage scaling once you’ve selected a non-standard scaling mode.

Far more useful than these last two esoteric settings is the options menu that can be accessed with the fourth contextual button. Once you’re in there, you can change a whole host of different options to tweak the RL2450H — brightness, contrast and sharpness in any picture mode, as well as gamma and colour temperature — the last two of which have a number of presets. There’s also hue, saturation, and a black booster that works in around half the picture modes.

Gamma can be changed over five modes, although none have any integer values associated. Colour Temperature is either Normal, or the excessively dumbed-down Reddish or Bluish, although there’s a three-point-adjustable User mode as well. We would have much preferred a five-point Cool-Normal-Warm set of colour temperature presets and some integers for the gamma, but at this low price point it’s hard to be too picky.

Beyond the per-preset options, you can choose from a total of nine picture presets — Standard, Movie, Photo, sRGB, Eco, and the optimised RTS and three user-customisable Gamer modes. We found the Standard and RTS modes the best to use after adjustment — all the other modes had undesirable compromises baked-in — excessive sharpness, unfavourable colour temperatures, or high default brightness.

To actually set up the BenQ RL2450H, all you’ve got to do is clip the base into the stand — no screws required. The RL2450H has a single-link DVI-I port, as well as HDMI and VGA. We used DVI and HDMI for our testing, and didn’t notice any discernable difference between the two.

In its Standard picture mode, the RL2450H is quite bright and contrasty. It looks good, although the default settings rob a bit of detail in particularly bright areas of any video you’re watching or game you’re playing. Sharpness hits a generally good middle point, showing good detail in the 1920x1080 games and 1080p movies we watched, without over-sharpening and creating halos around on-screen text.

Colour is not particularly accurate from the RL2450H when compared with IPS and PLS, but it’s accurate enough for non-critical viewers — unless you edit photos or video, or want spot-on colour, it’ll be close enough.

The BenQ RL2450H’s Standard picture preset mode actually offered the widest range of adjustment, so we chose it and altered it to get the best possible results. We dropped sharpness significantly from its preset maximum of 10 down to 4, dipped the green bar in Colour Temperature down for a whiter overall panel, and lowered brightness by half and contrast by a quarter to get the best possible tonal range. This adjustment provided the best overall picture quality out of the RL2450H, giving surprisingly good performance, albeit at low brightness.

The RTS picture mode is the most useful of the other presets, but generally just prioritises extra sharpness and a boost for particularly dark areas of the screen, lowering overall contrast to lend some extra brightness.

The main advantage of a TN panel is response speed, and the BenQ RL2450H acquitted itself well when we played a variety of fast-paced first-person shooters, as well as a couple of RTSes — StarCraft 2: Heart of the Swarm looked good in both the adjusted Standard and RTS presets, although the RTS mode is, to us, a bit of a gimmick.

There’s no such thing as a perfect computer monitor, especially not for $200. The BenQ RL2450H definitely isn’t bad, despite some interesting menu choices and a panel clearly optimised for the fastest possible game response rather than for outright viewing clarity. If you’ve only got $200 to spend, BenQ’s RL2450H should be on your list to consider.