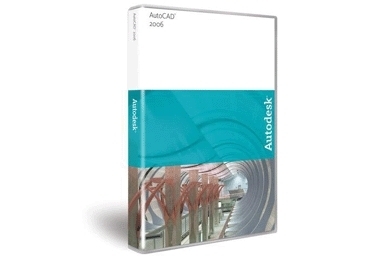 AutoCAD 2006 is a fairly major upgrade to this industry standard application.

While CAD (computer-aided design) has slowly filtered into the small business sector through products such as TurboCAD and Autodesk's own AutoCAD LT, for high-level industrial design the leading package remains AutoCAD. In fact, so important is this product that even though it is the twentieth release of Autodesk's flagship software, it is by no means an insignificant version.

Previously, AutoCAD users utilised the command line to create 2-D drawings, which had the benefit of speed for experts, but was complex for novices. The alternative approach, now available in release 2006, is a range of inputs to control how a drawing takes shape. This can be done via pointer input, dimension input - where co-ordinates for lines and objects are entered into a mini-command line - and dynamic input. If selected, this command line follows the cursor around the screen, enabling users to enter dimensions and instructions as they move around the drawing.

While this is an extremely welcome feature, it should still be emphasised that AutoCAD requires a lot of experience to use well. The main advantage, however, is that information such as distances and angles between points can be entered without taking your eyes away from the screen.

The dynamic input is the most important change to the interface for the end user, but an area that has received a lot of attention in this latest release is dynamic blocks; that is, collections of objects and information about attributes. Previously, if users wished to create slightly different symbols within a drawing, they would have to use a different block. Now similar objects that vary only slightly may be stored together, for example, different symbols for lights or chairs that may be used by one company.

Autodesk has also improved the way objects and symbols can be manipulated. As well as making these items easier to flip or rotate, AutoCAD 2006 also provides a graphical environment to create dynamic blocks without requiring programming. As with the rest of the program, this is not for the novice, but is generally an improvement on earlier options. Despite improvements to the user interface and control of objects, this is obviously not a tool for the inexperienced. Similarly, the price of AutoCAD is hefty, though current users of Autodesk products can upgrade for as little as $1072.