These $349 headphones can cancel airplane, office or outside noise Audio-Technica’s top noise cancelling headphones do an excellent job of blocking outside noise. They also sound musical and detailed, but this is only true when noise cancelling is activated -- with no battery boost they’re flat and lifeless.

Audio-Technica is a headphone maker that doesn’t get as much publicity as Bose or Sony or Sennheiser. The Japanese company produces some extremely high quality products though, like its range of W series headphones finished in beautiful Japanese cherry and ebony woods.

It also has a variety of active noise cancelling headphones and earphones designed for travellers. The ATH-ANC9 is the latest and most distinguished iteration of Audio-Technica’s noise cancelling series.

These headphones aren’t as classic-looking as Audio-Technica’s W series, and are finished in black and dark silver for a modern and professional look. The ear-cups are coated in soft-finish plastic, and the headband and ear-pads use a very soft black faux-leather and cushy padding.

The Audio-Technica ATH-ANC9 headphones use a closed-back design, which seals against the wearer’s head with a strong clamping force. We found that the headphones were quite tight and became slightly uncomfortable after an hour or so, requiring adjustment. It’s likely they’ll loosen up after a longer period of wear, though.

The head-band telescopes out with an extra 1.5in of distance on both the left and right sides, so the ATH-ANC9 can be adjusted to suit small-medium to extra-large heads. The minimum size would fit an average 10-year-old child’s head acceptably, by our estimation. 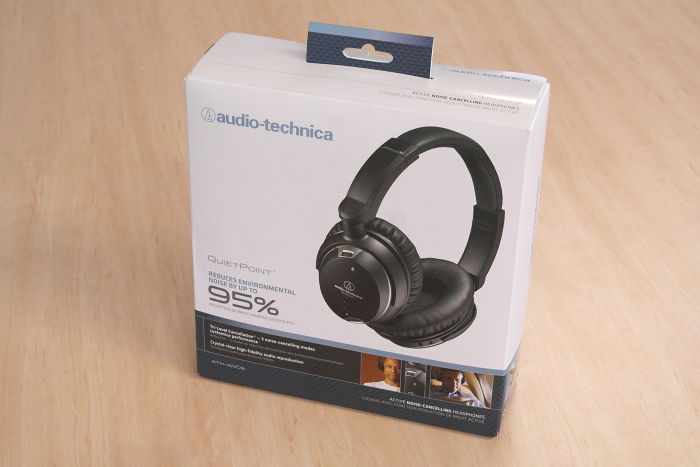 The Audio-Technica ATH-ANC9 ships with a reasonably solid plastic hard-case, which is finished in velvet. Inside it there’s ample room for the headphones, which travel with the ear-cups twisted flat. The head-band of the headphones can be almost completely extended while in the hard-case, so you won’t have to adjust the headphones every time you store them away.

The ATH-ANC9 comes with two headphones cables, both of which are around 1.3 metres long. One has an in-line microphone, with a single multifunction button, that works on the Apple iPhone. You also get a AAA battery for the ATH-ANC9’s noise cancelling, an airplane adapter and a 6.5mm hi-fi stereo plug adapter. 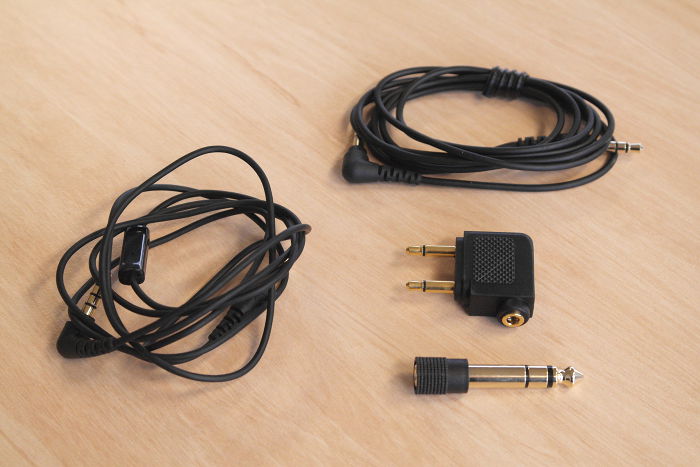 The Audio-Technica ATH-ANC9 is a mixed bag in terms of sound quality. The headphones sound excellent with great detail and musicality once the noise cancelling amplification circuit is on, but with noise cancelling off the ANC9s lose a lot of their character.

With noise cancelling on, our comments are all positive. Treble detail is excellent, from low volume all the way to maximum — no distortion and no evidence of harshness. It’s not especially rich treble, but it’s very clear and flatters high quality music recordings. Bass is well controlled, with quick response and very little booming decay, although it’s not quite as prominent and powerful as on the Bose QuietComfort 15s or the Sony MDR-NC500D. Mid-range response is very slightly recessed compared to main bass and treble frequencies, giving the Audio-Technica ATH-ANC9 a lively, musical, house-music vibe. We like the sound the ATH-ANC9s produce on electronic music a lot, but they also handle more detailed and delicate classical and acoustic tracks with ease. 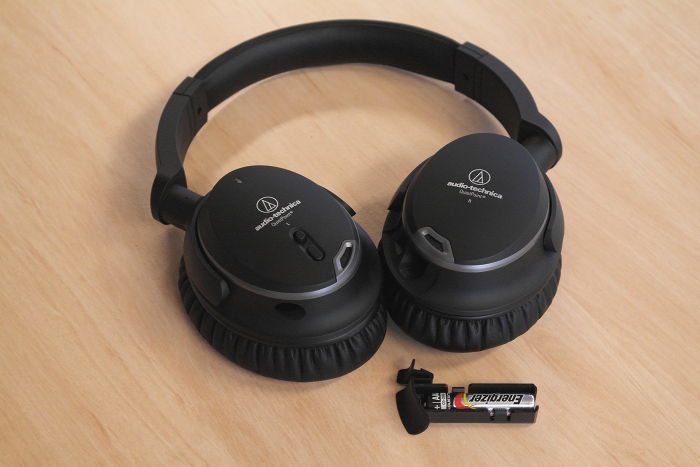 We listened to the headphones for over 30 hours before the bundled Energizer AAA alkaline battery failed — this is over a fortnight of listening to the headphones two hours a day, each way on a one hour commute to work. If you intend on using these headphones day-in, day-out we’d recommend buying a pair of rechargeable AAA cells and keeping one topped up while the other is in use.

The noise cancelling of the ATH-ANC9 headphones is excellent. It’s amongst the best active noise cancelling we’ve listened to, and the ability to pick and choose between three slightly varied presets is an added bonus.

The headphones have three noise cancelling modes. The Aircraft mode is self-explanatory: designed to be used during air travel, it lights the headphone’s LED up in green and cuts out 95% of 200Hz environmental noise. The Office mode cuts out 95% of the slightly-higher 300Hz frequency, making it better suited to the hum of air conditioners and copiers. The third mode, for Study use, cuts out only 85% of 200Hz noise, so it’s less intrusive than the Airplane setting.

We did the majority of our testing in a noisy office, with a constant low hum from air conditioning, a higher hum from a desk fan, and the usual bustle and murmur of office conversations. The noise cancelling of the ATH-ANC9’s Office mode worked near-perfectly. replacing the air conditioning and desk fan noise with a very minor higher frequency hiss. Conversations were less affected by the noise cancelling, but it did work to cut out some of the distraction.

The Airplane mode is more intrusive, with slightly more hiss audible but a larger cut on low frequencies. The ‘pressure’ feeling that noise cancelling causes on the wearer’s ears is most obvious in Airplane mode, but is still perfectly manageable. If you switch the noise cancelling off and on again the difference is obvious, but not unbearable. 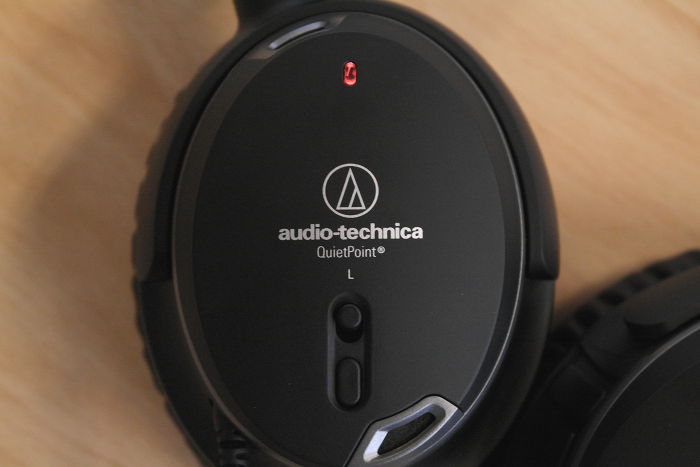 The Study mode has the least audible hiss and still does an effective job of removing constant noises — if you’re in an already-quiet setting like a library or your own home, this is what we’d recommend. Both work very well though, and the difference between all three modes is minor.

We also tested the noise cancelling while walking down a quiet street, a few streets away from a busy Sydney main road. The ambient noise of traffic was almost entirely cut out by the Airplane mode, with Office and Study being slightly less effective. The noise cancelling isn’t adversely affected by walking or movement as long as the head-band is tight enough, although there is a very minor rattle from the noise cancelling switch if you shake your head.

The noise cancelling modes of the Audio-Technica ATH-ANC9 are all very well implemented, as is the ability to switch between all three at will. The headphones’ sound quality is also impressive when noise cancellation is enabled — less so when it isn’t — and the price tag is lower than a pair of Bose QuietComfort 15s.