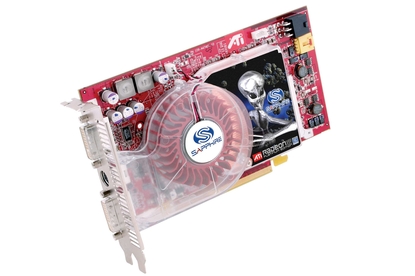 Even if you're anxious to salvage your investment in a high-end ATI Radeon 800-series card, at this point we just can't recommend the expense and hassle of moving to CrossFire. If you crave maximum graphics performance and resolution then a card based on NVIDIA's GeForce 7800GTX is your best bet. That said, we're not ready to cross out CrossFire altogether, as the technology could prove more exciting paired with ATI's next-generation cards, which should be shipping by the time you read this.

Nearly a year since NVIDIA won over graphics enthusiasts with its SLI dual-graphics card technology, ATI is finally rolling out its own dual-card platform also targeting those seeking the best graphics money can buy. ATI has dubbed its technology CrossFire and our tests of pre­production products show it's a technology with promise, but one that's plagued by design limitations and - at present - lacklustre performance.

Like NVIDIA's SLI, CrossFire requires a special dual-slot motherboard. ATI recommends as-yet-unreleased motherboards based on its own Xpress 200 chipset (we conducted our tests on an ATI-provided reference board). However, ATI says motherboards based on Intel's Pentium M 855 chipset with two x16 PCIe slots should also work.

To make ATI's dual-card scenario fly, you'll need one of its existing 850 or 800-series Radeon graphics cards (which will function as a slave) and one of the new CrossFire Edition cards (which will function as a master). We tested using a preproduction, high-end Radeon X850 XT CrossFire Edition, and a Radeon X850 XT. The master card includes a compositing chip and special DVI input you'll need to use to connect the two cards together via an external cable. This solution is inferior to NVIDIA's approach, which uses a sleek internal SLI bridge clip to connect the two cards together.

During setup, we encountered one of the more annoying limitations of the current CrossFire implementation: lowered resolution and refresh rate capabilities.

While our Radeon X850 XT cards are both capable of 2048x1536 resolution when running solo, the maximum resolution in the dual-card setup was just 1600x1200, at an eye strain-inducing refresh rate of just 60Hz, which is fine for an LCD but will induce an uncomfortable level of flicker in a CRT. ATI claims the limitation shouldn't affect the majority of users, but notes that the limitation will disappear in the next generation of CrossFire Edition graphic cards.

We found CrossFire's performance numbers left us wanting, too, especially compared to results from a solo version of NVIDIA's top-of-the-line card. In the PC World Test Centre's evaluation, our test results showed the dual-card Radeon X850 XT setup generally outperformed the single X850 XT, but usually closely trailed our speedy GeForce 7800 GTX reference board. For example, in our Far Cry test, run at 1600x1200 with antialiasing turned off, the dual cards notched 81 frames per second (fps) beating the single X850 XT's peak of 75fps, but both lagged behind the GeForce 7800 GTX which hit 84fps.