ASUS K53SC review: A 15.6in laptop with lots of RAM and storage space, but it could use a better keyboard 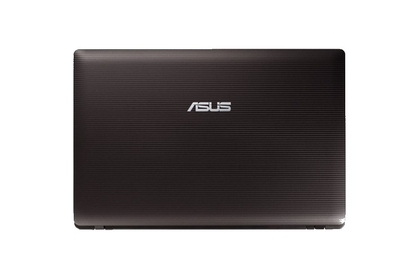 The ASUS K53SC is the type of laptop you go for if you want good specs for your money. Its build quality is decent for what it is, but we're not fans of its keyboard and its touchpad can sometimes be too resistive. The location of the power port is also annoying. That said, you get lots of RAM and hard drive space and it's a notebook that can effectively be used for office and multimedia tasks.

There's nothing that immediately stands out about the ASUS K53SCC. It's a solid 15.6in notebook with good specs that can be purchased for under $900. You should consider this laptop if you're a student or home user who just wants something simple for everyday Web and office tasks, or even tougher media creation or file converting tasks. It's not the most comfortable notebook to use though, and some parts of its design are questionable, but with a Core i5-2410M under the hood, as well as 6GB of RAM, GeForce 520MX discrete graphics and a 640GB hard drive, you get plenty of value for your money. (You can find this configuration at The Good Guys.)

The build quality of the K53SCC feels plastic-y, there is no doubt about that. That said, it doesn't feel badly made. The palm rest is smooth and the lid has a texture that feels good. The hinges hold the screen in place at your desired angle and there is no latch to fiddle with when opening it. We're not fans of the position of the power port, which is located in the middle of the left side of the unit, rather than near the rear of the notebook. It sits between the air vent and the Gigabit Ethernet port and the cord definitely gets in the way. It can make it hard to use comfortably when the notebook is plugged in to the mains as you have to sit in such a way that the cable doesn't become too much of a nuisance.

The keyboard is a little too hard to type on until you get used to the stiffness of the keys and adjust your hits accordingly. We're not fans of how packed the keyboard is. The number pad pretty much seamlessly flows on from the main part of the keyboard and can make some keys difficult to distinguish, such as the 'delete', 'backspace' and 'right arrow' keys. The right arrow key actually sits under the number pad's '1' key, which means that the 'zero' key is under the '2' key — this can be inconvenient when you want to quickly punch in a lot of numbers. We've seen this key layout from many ASUS models for a while now and we think it's about time some changes were made to give the board more space overall.

The palm rest can feel both a little slippery or sticky depending on how long you have been using the notebook, and the touchpad sometimes feels way to resistive to use comfortably. It recognises multi-finger gestures for scrolling and swiping and, for the most part, it was accurate if not a little too sensitive when we used these gestures.

While it has some shortcomings, the K53SCC is meant to be a budget notebook, so its build quality was never going to be great. For those of you who are non-picky users that care more about getting good specs for a good price, it's definitely a model to consider. You could always plug in an external keyboard and mouse, especially if you want to use the notebook as a desktop replacement — it has three USB ports, one of them which is also USB 3.0-capable.

Performance felt a little sluggish at times during everyday use, but if you're upgrading from a previous generation notebook or PC, then you'll definitely find it to be a step up. It recorded times that were bang-on the money in our tests: 44sec in Blender 3D rendering, 52sec in iTunes MP3 encoding and 52min in the DVD-to-Xvid conversion. These times are identical to the Acer Aspire 5750G, which uses the same CPU and is also designed to be a value proposition.

The graphics performance of the ASUS was noticeably slower than the Acer though — it recorded 4546 in 3DMark06 while the Acer recorded 5323. It won't fare too well when used for gaming, but it depends on the types of games you play. Graphics-intensive games won't run smoothly, especially if they are recent titles, but older titles should work okay as long as the graphics details are not set too high. The native resolution of the screen is 1366x768, which is standard, and the screen itself is like most others in its class — it's glossy, a little harsh when it comes to colour reproduction and contrast, and its vertical viewing angles are narrow. But for basic Web browsing and document creation it will suffice.

Battery life wasn't great. In our rundown test, in which we disable power management, enable Wi-Fi,maximise screen brightness and loop an Xvid-encoded video, the K53SCC lasted only 3hr 8min. We were expecting closer to 3hr 20min so it fell a little short. That said, anything over three hours for a 15in laptop with a Core i5 CPU is decent, and you could get more out of it, too, depending on your usage.

The laptop remains reasonably cool after long periods of usage, but this assumes that you use it in such a way that the vents get adequate airflow. There is a fan installed on the left side and it kicks in when the CPU or graphics adapter are under load. The other side of the chassis has a DVD burner and there is an SD card slot that is located at the front and is somewhat inconvenient. You get both VGA and HDMI video ports as well. Rounding out the feature-set is a 0.3-megapixel webcam, Bluetooth and 802.11n Wi-Fi (single-band).

If you have a sub-$1000 budget and want to get a notebook with good speed, plenty of RAM and storage space, the K53SCC is it. Don't expect too much in the way of user comfort though; its keyboard and touchpad could definitely stand to be a little better. But if you're not fussy about such things then these won't be a problem. If you're wondering what its speakers are like, then don't. They are typical notebook speakers, which are fine for watching the odd YouTube video, but you'll want to plug in a pair of external speakers for more pleasurable listening.