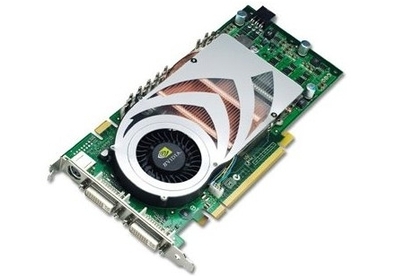 The ASUS 7800 GT is a solid performer with an impressive software bundle. Its retail price is reasonable for a card based on this NVIDIA chipset.

The ASUS Extreme N7800 GT is quite similar to its more powerful sibling - the ASUS 7800 GTX TOP - with the most noticeable difference being the much smaller cooling fan. Under the bonnet is a core running at 400MHz, a memory clock of 1GHz, 256MB of GDDR3 memory, 20 pixel pipelines and seven vertex processors.

The differences between this card and the one based on the 7800 GTX are the clock and memory speeds (430MHz and 1200MHz, respectively) as well as the pixel pipelines and vertex processors (24 and eight, respectively). The N7800GT is well designed with good airflow from a 40mm fan blowing over thin aluminium leaves. It has the standard support for VIVO, SLI and two DVI ports.

It scored 6336 in 3DMark2005, and notched up 102.5fps when running Doom 3 at ultrahigh quality mode without antialiasing. Relative to the ASUS 7800 GTX TOP it is a solid performer, only 3fps shy in the ultrahigh quality Doom 3 test.

Its software bundle is impressive: ASUS driver utilities plus Project Snowblind, Medi@Show SE 2.0, ASUS DVD, Power Director 3DE, Xpand Rally and Joint Operations. A PCI Express power splitter and CD case is included also. The supplied software is not a clincher of course - performance should be your main consideration when buying a graphics card, but it may sway you to buy this card over another similarly priced card that doesn't come with such a rich bundle