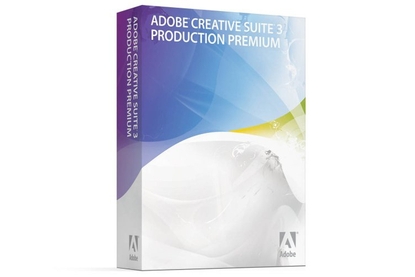 Though Ultra is not a unique selling point for the CS3 suites, it offers quick integration with Premiere and After Effects, it's simple to use and so is definitely worth experimenting with. It would be handy for knocking out a quick pop promo or business presentation, though it probably wouldn't fit a quality broadcast setup.

It's available as part of Production Premium and Master Collection editions of Adobe CS3. However, on both versions it runs on Windows only -- and unlike with the also-PC-only OnLocation Adobe has chosen not to include it in the Mac version of its suites. This is a shame as Intel Mac users could run it through Boot Camp or Parallels -- though this is hardly an ideal solution.

On the first encounter, Ultra looks a fairly slick and comprehensive package. It's simple to implement a virtual set from the supplied library, then add in some keyed footage or work from a live feed.

The procedure is the same for both input paths -- select the footage, assign points to pick up the key colour, then click apply to knock out the colour. If the set supports it, multiple input and inset clips can be used.

Opacity of the keyed footage can be adjusted with a Transparency slider, one of many controls found in the tabbed dialogues (in this case the Keyer tab) along the base of the interface.

The controls in the tabs are fairly straightforward if you've used any type of compositing package or the more advanced video editors on the market -- lots of sliders for quick colour correction and matte-tweaking, with additional controls for setting clip timings and image placement (including cropping, scaling and orientation).

Ultra has some proprietary offerings scattered among the Tabs -- such as the ability to add shadows and pan and track through a still image or clip. Plus-90 mode allows you to generate footage from a Standard-def camera that can be composited into HD scenes -- basically you shoot with the camera rotated at 90 degrees.

The keying tab offers a GPU Boost button for rapid increases to keying speed if you have a powerful enough graphics board -- our GeForce880 GTX SLI setup proved the point with almost instantaneous results.

The quality of the input clip is all important -- like most compositors Ultra tends to be unforgiving with anything but a perfectly keyed out clip, so results will be better if the background in the input clip is well saturated and well lit to begin with.

However, for clips that don't deliver a decent key, help is at hand in the form of the Pre-Processing controls on the Colors tab. This offers controls to increase saturation of the background colour to make it more keyable, but can have adverse side effect on the colours in the main subject.

In practice, we had to do quite a bit of fiddling with the colour controls to clean up one such clip, but found the Shrink Matte controls in the Keyer tab to be of significant help too.