Adobe Systems has announced the next generation of Adobe Creative Suite products in its biggest software release to date. 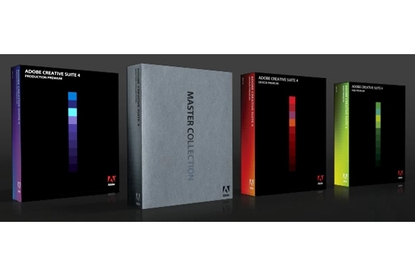 Among the highlights of Adobe Creative Suite 4 (CS4) are a simplified workflow system, new tools for integrating Flash animations into projects, and expanded support for community features.

Creative Suite 4 remains a cornucopia of individual applications, most of which are sold independently, too. But with CS4, Adobe tightens the links among the applications — evidence that the company recognises designers' need to switch seamlessly between programs without leaving a project. Adobe addresses this need with a newly simplified workflow, which will permit users to design across media more efficiently and to complete common tasks more easily.

For example, an expanded version of Dynamic Link in CS4 Production Premium will enable designers to move content between After Effects, Premiere Pro, Soundbooth, and Encore, and to see their updates instantly without rendering.

Illustrator CS4 now lets designers work from multiple art boards at once. Designers can pull up art boards from within InDesign, and can then drag and drop elements from those boards into page layouts. This tool has promise: it can be especially helpful for coordinating illustration and text for books or pamphlets, for example.

The new Content-Aware Scaling tool in Photoshop automatically recomposes an image as it is resized, preserving vital areas as the image conforms to new dimensions. Photoshop CS4 also will have 3D capabilities, which will enable you to take a 2D image and wrap it around a 3D wireframe, such as a sphere.

With this latest iteration, Adobe promises a more intuitive process for creating what it calls "life-like" animations in Flash CS4. The new version has the ability to apply tweens to objects rather than to keyframes, giving designers greater control over animation attributes. And the Bones tool helps create more realistic animations between linked objects. These new Flash features allow designers to directly produce animations.

A big addition to Creative Suite 4 is its collaboration tools. Adobe ConnectNow, accessible from most applications in the suite, allows up to three people to collaborate in real time. This feature should be useful to designers who want hands-on input from their clients. In addition, designers can share colour harmonies via the Adobe Kuler, have technical questions answered in Adobe Community Help, and access a media and tutorial library through Resource Central.

Last May, customers got a preview of the next-generation versions of Dreamweaver, Fireworks, and Soundbooth, when Adobe released beta versions for download on its Adobe Labs site. CS4 will reach the market in mid-October 2008. We'll be taking a closer look at Creative Suite 4.0 over the next few weeks.