Windows 10 does have more to offer with Windows 10 21H2, but Microsoft is looking ahead to Windows 11. 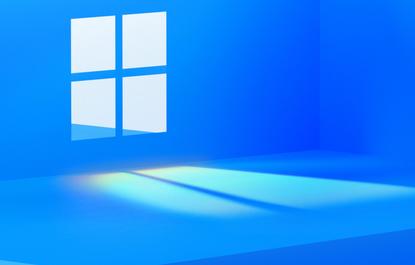 Microsoft announced Windows 10 21H2 on Thursday afternoon, the latest Windows 10 feature update and evidence that Windows 10 isn’t quite dead yet.

With Windows 11 on the horizon, however, it was reasonable to expect that Windows 10 21H2 wouldn’t have much to offer. And that’s true: Microsoft identified three key features that Windows 21H2, probably none of which will especially appeal to mainstream users.

Microsoft typically finds and patches bugs up until the last minute, so the absolutely final release of 21H2 will likely carry a slightly different build number. Essentially, 21H2 is being offered as a “seeker” experience to those in the Windows Insider program, where you’ll have to “check for updates” within the Windows Update settings.

Build 19044.1147 is also a consolation prize of sorts for those who tried and failed to apply for the Windows 11 official preview release, because their PC’s hardware requirements didn’t measure up.

The build will only be available to those in the Release Preview channel of the Windows Insider program who were pushed out of the Beta Channel because of the requirements issue, Microsoft wrote in a blog post.

According to John Cable, Microsoft’s vice president of program management, Windows Servicing and Delivery, Microsoft intends to keep supporting the 1.3 billion devices on Windows 10. “Our goal is to provide new features and functionality via a fast and reliable update experience to help keep people and organisations protected and productive,” he wrote.

Simply put, if you haven’t voluntarily downloaded Windows 11 as part of the Windows Insider program, or your PC doesn’t qualify for Windows 11 because of the Windows 11 hardware requirements, your PC will automatically download Windows 10 21H2 sometime in the fall. Microsoft hasn’t announced a specific date.

The new features will include a “scoped set of features focused on productivity and security,” Cable added. The three key features of Windows 10 21H2 include:

Of the three, the GPU compute support feature is perhaps the sexiest, as it will allow those who are working within the WSL subsystem to tap their GPU for computational work, such as for password cracking.

Eventually, of course, your PC will be upgraded to Windows 10 21H1 automatically. If you want to check out Windows 10 21H1, your best bet is to join the Windows Insider program, then try to join the Release Preview ring of the program.

If your PC qualifies (as in, it won’t qualify for Windows 11), you stand a chance of being able to download Windows 10 21H1 now. If not, chances are that you’ll be able to try it out soon.