New version of Windows will begin rolling out next week to Windows Insiders. 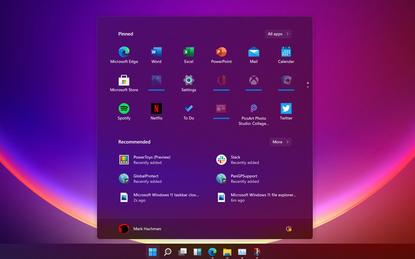 Microsoft has officially unveiled Windows 11, a new iteration of Windows that promises a host of visual upgrades, as well as new behaviours to the basic OS experience.

The new Windows 11 will be released as a build for Windows Insiders next week, Microsoft says. Executives did not release a timetable for general availability for Windows 11, though it will likely occur sometime in the third or fourth quarter of 2021.

Unfortunately for Microsoft, an early, partial build of Windows 11 leaked on June 15, allowing users a sneak peek into what Microsoft had planned. New Windows 11 features include a simplified Taskbar and Start menu, plus some visual upgrades, including rounded corners and a fresh look for familiar interface elements—even in the way light moves across pixels.

Microsoft says more than one billion users use Windows, and the company believes that the PC will play a central role as the world moves forward. Company executives said that they wanted to build a Windows that feels fresh and modern, and brings people closer to what they love, such as games and streaming video.

Microsoft did not immediately say whether Windows 11 will be a free upgrade, though all previous iterations of Windows have previously been.

For more, check out our Windows 11 superguide.