Microsoft still wants to to show you shortcuts to its Office services that live within its Edge browser, however 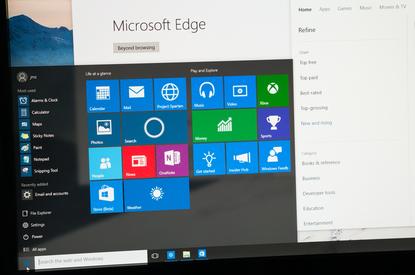 If you’re seeing Microsoft’s Office apps appear in your Start menu as web apps, you’re probably wondering why they’re there. The answer is, they’re not—and Microsoft is dealing with the problem.

Last week, Windows Insiders began reporting that versions of Microsoft’s Office apps began showing up in their Start menu as Progressive Web Apps, or PWAs. But other users began complaining over the weekend that the PWAs were landing in their Start menu, as well—and they weren’t part of the Insider beta program. So what happened?

As we understand it, the pinned Office PWAs were the result of a bug. The bottom line is that if you right-click any Office PWAs that ended up in your Start menu, you can safely unpin them.

A source close to the company describes the addition of the Office PWAs as part of the transition to the new Edge browser, originally released in January. Users had begun complaining over the weekend that the new Office PWAs were being installed as part of the Windows 10 October 2020 Update—which, given that the latest feature release adds the new Edge browser, seems to be true.

One of the features of both the legacy and the new Edge browser is that specific webpages can be pinned to the Start menu and Taskbar as shortcuts. The new Edge offers expanded support for marking those sites as Progressive Web Apps, if the site allows it.

Running Word in a browser and running it as a PWA is pretty much the same thing, with a few minor, yet key differences. For one, a PWA will strip out the address bar, tabs and other components that make the Web app look like a Web page. Second, and more importantly, a PWA can be saved as an “app” in the Start menu.

On a PC that didn’t have Office (or Microsoft 365, as it’s now called) installed, Microsoft would automatically insert shortcuts to the online versions of Word, Excel, and PowerPoint. The bug, however, translated the automatic installation of shortcuts to these Office Web apps as a request to install the Office PWAs, instead.

Microsoft still plans to tuck shortcuts to the Office Web apps in the Start menu as part of new PCs, we hear. But until Microsoft can ensure that they won’t end up as PWAs, Microsoft plans to pause the practice.