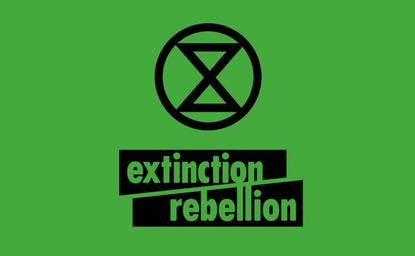 Even before COVID-19, technology has always been a valuable tool in the arsenal of modern activist groups like Extinction Rebellion Australia. Now, in the midst of the pandemic, learning to leverage it as a tool has become more important to the organisation than ever.

In the time before lockdowns and social distancing, the decentralized but globally-oriented movement came was often criticized for their use of disruptive direct action - a form of protest with a long history of being effective at paving the way for meaningful and lasting political change.

However, when restrictions around gathering COVID-19 began to be implemented by  Australia’s state and federal governments, XR Australia’s AJ Tennant says that the organisation wasn’t divided on what the way forward looked like.

Tennant has been with the organisation for about twelve months. He handles media queries, trains others to speak on behalf of the group and sends out media alerts when needed.

“As soon as they talked about social distancing or not being in public, we have followed that as much as possible because science is king. In Sydney, at least, we stopped all public gatherings. We held most of our working group meetings online. I still don’t think we’ve had a catch-up. We’re going to have our first beer in a couple of weeks for our group. We have taken all that risk very seriously because while the COVID crisis will go away it is also a very serious threat to people’s lives.”

The coronavirus pandemic has changed many aspects of everyday life for most Australians and Extinction Rebellion’s local chapter is no exception.

AJ says that many pre-planned XR actions had to be put on hold indefinitely, since the group had no certainty around how long the pandemic might last.

“For me, it was like pulling the rug out from under our feet. One action I was planning was a bike ride through the CBD and we were about a week away from doing it and then we thought we may-or-may-not be legally allowed to do this but we certainly think morally we shouldn’t be doing this right now.”

In a time where mass gatherings represent a health risk and many are staying home, the organisation has had to reorientate around increasingly online activism.

AJ says this period of transition has presented a number of opportunities and challenges for the group.

“There were a lot of positives but we haven’t been a team of experienced online activists so it has been a learning process for a lot of us.”

With an Instagram following of over 24,000 accounts, Extinction Rebellion Australia is hardly a stranger when it comes to tech. However, grabbing headlines through dramatic physical demonstrations in the real world requires a very different set of skills to gaining the same kind of spotlight in the virtual one. Simply put, it’s much more difficult for activist groups like Extinction Rebellion to cut through the noise online.

AJ says the group have moved towards more specific campaigns as a result. In a way, it’s about finding the right targets for online activism more than it is the tactics themselves.

“I don’t think [online activism] has the breadth of attention that public actions can have but there is certainly a place for it,” AJ says.

Where a public protest attended by thousands might be an effective point of political leverage to put pressure on the elected officials, an protest action enacted through social media can be almost just as effective when it comes to private corporations.

So long as those companies have any sort of presence online, be it Twitter or Facebook, that’s a potential channel through which Extinction Rebellion can advocate for action on climate change.

“Part of this movement is about chipping away at those people who are part of the minerals council or working on the Adani Mine or looking to mine under the Sydney Basin. Whatever it might be, you can approach them specifically either in a friendly way or in a disruptive way and try and make a difference in a more targeted fashion.”

Of course, for all that social media has helped the decentralised movement grow, it’s only one of several technologies that the group relies on.

“We use Action Network and Mailchimp to send out newsletters and get people on Facebook and Instagram but I guess the more interesting stuff is what we use in the background: the big ones being MatterMost and Signal.”

While the latter’s reputation as a more secure alternative to WhatsApp is well-known, MatterMost is less so. It’s a free, open source and self-hosted alternative to workplace communication apps like Slack, Asana or Microsoft Teams.

MatterMost is also used by other Extinction Rebellion chapters overseas, who share and collaborate over a server infrastructure that’s based in Switzerland and powered by renewable energy.

Asked whether the group considers expanding to other social media platforms like Tumblr or TikTok, AJ says that “there’s always talk of doing that - we have a social media team - but I guess the question is how much time does it take to get involved with all the social media channels.”

“What’s happened with COVID is we’ve realised that we've been a very active public activist group out there on the streets, we haven't had as much experience being social media activists - which we've started to do. Should we go into other channels or and focus on them? It's something that keeps evolving.”

AJ says these platforms are great for engaging that audience but that Extinction Rebellion tries to avoid relying on or requiring people to adopt them. The group’s relationship with Facebook hasn’t always been ideal.  There's an inevitable tension that arises from having to rely on the continued benevolence of tech companies.

Earlier this year, Extinction Rebellion Victoria had their Facebook page taken down by the social network. The reason given: violating their policies around impersonation. Essentially, the XR Victoria page was falsely-reported and mistakenly-treated as an imposter or duplicate of the activist organisation's other pages.

Right as the Victorian branch of the activist group was readying for a post-coronavirus, one of their biggest communication platforms went dark for no clear reason and with no warning.

After being approached by PC World Australia for clarification on this incident, Facebook confirmed that the page was taken down by mistake due to an instance of 'proactive page impersonation detection'.

When we spoke to Extinction Rebellion Victoria earlier this month, the group indicated they were in the process of appealing Facebook's penalty. However, as of this morning, the XR Victoria page has been fully reinstated.

Regardless of these issues, AJ says that “when we are on social media, that is about breadth. That is about exposing people to what we talk about and what we’re involved in.”

“We need to make sure that using our newsletter and live face-to-face meetings is always a way that people can feel included and people can get involved even if they’ve never touched social media in their life. There’s some wonderful 75 and 80-year old people who have a lot of experience and knowledge and bring a lot to what we do but they don’t want to be involved with social media and that’s fine.”

“The real involved members of Extinction Rebellion are not forty-thousand followers on Instagram, they are a few thousand people in Sydney and the couple of hundred people who put in their time week-after-week and the people who turn up prepared to glue themselves to the road.”