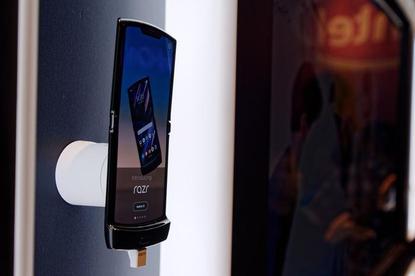 Motorola has delayed the launch of their first foldable smartphone in Australia, citing coronavrius concerns.

In a statement sent to PC World Australia, Motorola say that ““The situation in China is inevitably impacting the launch and availability of the motorola razr."

"Most of our factories in China have reopened and are operational, albeit on a limited basis due to health, public transportation and travel limitations. The remaining factories located in the Hubei region, will open in line with the policies of the respective regional government.

The company say they "are leveraging the full strength of our global manufacturing and distribution networks and anticipate the razr will be on shelf in Australia by mid to end of March 2020.”

Originally, the Motorola Razr was due to launch locally on February 24th for an RRP of AU$2699. For more on pricing for Motorola's first foldable smartphone, click here.

The new Motorola Razr boasts a 6.2-inch Flex View display on the inside and a smaller 2.7-inch on the outside. Under the hood, the new Motorola Razr runs on a Snapdragon 710 processor, Android Pie, 8GB of RAM and 128GB of internal storage. The device is also outfitted with a 16-megapixel (f/1.7) front-facing camera and a 5-megapixel internal camera.

Though nothing is for certain, it's likely that this delay puts the Razr even more in closer competition with Samsung's Galaxy Z Flip. Previously, the Z Flip was expected to have the edge on pricing. For a quick run-down of how it compares to Samsung's similar-looking Galaxy Z Flip, click here.

Previously, it wasn't clear whether or when Samsung's foldable would be available in Australia while the Razr had a seemingly-solid release date. For potential buyers of these devices, the choice was between a more expensive foldable now or a cheaper foldable later. Now, with Motorola's device delayed to March, there's a good chance that the two devices may launch much closer together than either company wants.

This story is developing...