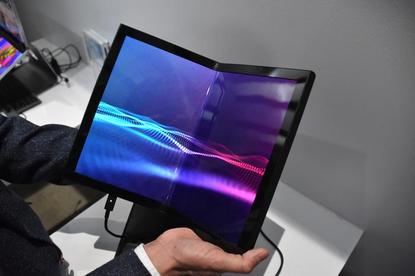 CES 2020 saw Intel announce another fifty Athena-verified devices, including the first Athena-grade Chromebooks from Samsung and ASUS. Of course, ChromeOS-powered PCs aren’t the only big change coming to Project Athena in 2020. This year will also see the initiative accrue its first foldable and dual-screen PCs.

We sat down with Josh Newman, the Vice President of Intel’s Client Computing Group and one of the key figures behind how Project Athena is being implemented at this year’s CES. The biggest question on our mind: How do foldables and dual-screen laptops fit into Project Athena?

Newman says that in addition to the Project Athena specifications themselves, there’s also “an innovation element where we incubate next generation technologies, again, working together with the industry.”

He says “that’s where foldables and dual screens fit in.”

“We will have specifications for those. They’re part of that same Project Athena program but they may not be as available in terms of volume.”

According to Newman, “The fifty [PCs] that we said we’re focusing on for this year will include some dual screens and maybe a foldable or two but it’s not going to be a big footprint for this next year.”

Still, Intel expects that ratio to change sooner rather than later.

“Sometime in the next few years, we’ll see lots of foldables. Just like when we come and say here’s our fifty Project Athena verified designs in the future, we might say twenty of them are foldable and another ten are dual screen,” Newman says.

Of course, one of the most interesting things about the first wave of foldable and dual-screen PCs teased at this year’s CES is that the blueprint for what a good experience looks in this particular form-factor is still being written.

Newman says that this is something that Intel are very much keeping in mind when it comes to internal discussions about new PC form-factors.

”It’s got to be an experience that will help people achieve their greatest contribution and move seamlessly from the different roles that they play on any given day.”

As for what will be different, Newman says that “If I look at the spec for a traditional beautiful thin laptop, you know, I can probably go lighter on weight than I can on a foldable.”

“I can [also] probably go thinner because as I try to get the foldable really thin I have to rely on really technologically challenging hinge designs, right? That [adds] a little bit of thickness not necessarily to the base when it's laying flat, but, when you fold it, you're going to have a radius that you have to account for. So you may not be able to go as thin.”

Disclosure - our coverage of CES 2020 was sponsored by Intel and Dell, who covered the cost of our flights to the US and our accommodation for the duration of our stay in Las Vegas.