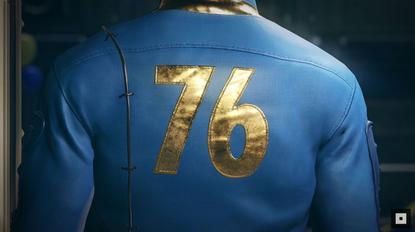 “ZeniMax has acknowledged that they are likely to have misled certain Australian consumers about their rights to a refund when they experienced faults with their Fallout 76 game,” ACCC Commissioner Sarah Court said.

The government agency say that received complaints from customers after ZeniMax representatives told them they were not entitled to a refund despite "a variety of faults" with the game, such as "problems with the servers, lagging, graphic and visual problems."

As per the court order, the ACCC say ZeniMax will offer to provide refunds to consumers who contacted them between 24 November 2018 and 1 June 2019 to request a refund, assuming they have not already received one.

“When a consumer buys a product it comes with automatic consumer guarantees, and retailers must ensure their refunds and returns policies do not misrepresent what the Australian Consumer Law provides,” Ms Court said.

“When a consumer has purchased a product that has a fault which amounts to a major failure, the Australian Consumer Law provides them with the right to ask for their choice of either a repair, replacement or refund.”

The ACCC also say that ZeniMax will be amending its customer service documents and scripts to better address and more-accurately represent consumer guarantee rights under Australian Consumer Law.

Back when it released, we were - like many others - pretty disappointed by Fallout's first multiplayer-centric title.

In our review, we said that "Fallout 76 feels like a rough draft for something - but I couldn’t really tell you what that final product is supposed to look like. Bethesda’s vision for a multiplayer Fallout experience is so stunted and shallow that, even if they fixed all the bugs tomorrow, I’d still struggle to recommend it."

You can read our full review here.