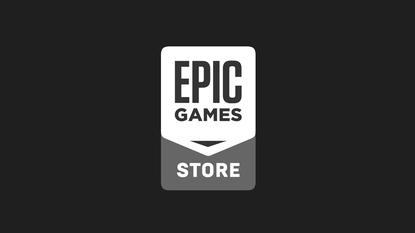 I'm currently obsessing over the Steam Library Update, meticulously reorganizing my library in a hundred different ways. But while I was otherwise occupied, the Epic Games Store finally released an interface update as well. It's way less intricate than Valve's, but given the Epic Games Store's only display option up to now was "An interminable catalog of oversized tiles," the bar was pretty much on the ground.

As such, Epic's big development of the week is the addition of a condensed list view. At last! There are a few new sorting options to play with as well. You can now display your library in either "Alphabetical" or "Recent" order, and also condense the list by only showing currently installed games—along with their install sizes in some cases, though I'm still amazed Epic doesn't show those numbers for every game, nor are they displayed before installation.

But with my Epic Games Store library fast closing in on a hundred titles (those free games add up), the changeover still arrives in the nick of time. List mode is easier to parse, easier to scroll through, and uh...well, probably should've been included at launch.

It's hardly alone in that regard. The Epic Games Store only recently added cloud saves, and is still missing achievements, a playtime tracker, and a bunch of other features that seem key for any viable Steam competitor. I've been pretty optimistic about the Epic Games Store, but I'm still surprised how long some of these foundational features are taking.

That said, work evidently continues and hopefully by the end of the year we'll see additional progress. After all, we haven't even hit the one-year anniversary of the store's announcement. Given the number of exclusives on the Epic Games Store (and the furor that's resulted) it sometimes feels like it's been around forever, but it's still relatively early days.

And hey, there's probably an argument to be made that Epic's pushed Valve to new heights this year. The aforementioned Library Update, Steam Labs—it's been a big year for Valve, after years of stagnation. Maybe the competition's not all bad, eh?