How much does the new Apple Watch cost in Australia?

Here's how much the new Apple Watch costs in Australia 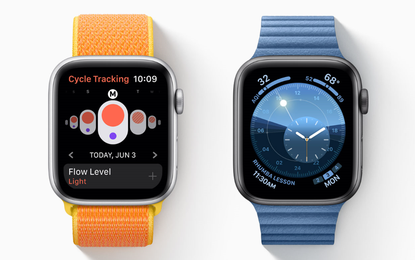 If you're looking for a reasons to upgrade to the new Apple Watch, there's no shortage to be found.

In Australia, pricing for the Apple Watch Series 5  starts at AU$649 for the GPS model and AU$799 for the 4G-enabled version.

The wearable is available to pre-order now ahead of a September 20 launch date.

Should I upgrade to the Apple Watch Series 5?

Essentially, rather than turning off whenever it detects you aren't looking or interacting with it, the new Apple Watch will behave more like a normal watch.

When this feature is enabled, it'll just have a permanent watchface visible on it rather than a black screen. For more info on this feature and how LPTO displays work, check out this guide here.

It also features a built-in compass, which adds a little bit of extra utility, and new a emergency services feature lets you easily and quickly contact emergency services in over 150 countries, even if you don't have your phone on you. Apple are betting the promise of additional peace of mind will make it appealing to travellers.

Other than that, there aren't many major differences between the Series 5 and Series 4 (review here). They both run on the same version of WatchOS and offer the same support for third party apps, contactless payments and fitness tracking.