The BIOS update will be released in about a week from motherboard makers. 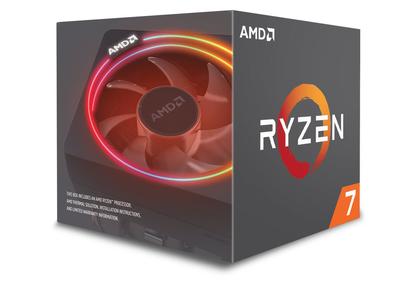 AMD said Tuesday that it is preparing a BIOS update to address reports that its 3rd-generation Ryzen processors aren’t able to hit advertised boost speeds under all conditions.

“While processor boost frequency is dependent on many variables including workload system design, and cooling solution, we have closely reviewed the feedback from our customers and have identified an issue in our firmware that reduces boost frequency in some situations,” AMD said, The statement, released in a tweet, says that the BIOS update will be released on September 10 via AMD’s motherboard partners.

AMD acknowledged that some 3rd-gen Ryzen customers were reporting boost speeds below the rated frequency, which had raised the ire of customers on social media, including Reddit, over the past few weeks. Simply put, while a 3rd-gen processor like the Ryzen 5 3600X should be able to reach a maximum boost speed of 4.4GHz, some customers who had purchased one reported that they were only able to reach a slower boost level. That was complicated by a Tom’s Hardware report that showed that while its Ryzen 5 3600X sample could hit the rated 4.4GHz boost speed, it could do so on just one of its six cores.

However, a survey by the der8auer YouTube channel added substantial weight to the allegations that something was wrong. The der8auer channel asked readers to self-report what boost speeds their own 3rd-gen Ryzen chips achieved, and compiled the findings. In the case of the 3600X, for example, a substantial number—much more than 50 percent—achieved clock speeds of less than the rated 4.4GHz. That was also the case for the 3700X and the 3800X. (For the record, PCWorld’s review of the 3900X didn’t identify any issues with boost speeds.)

The good news is that the processors themselves don’t appear to be defective. Although you’ll have to wait until your motherboard maker validates and releases the BIOS update, it won’t be too long to wait. AMD’s statement also says the BIOS update will provide “additional boost performance optimizations,” in addition to addressing the boost issue. This statement implies that AMD may rectify its boost bug, and then some. We’ll have to test it out for ourselves.