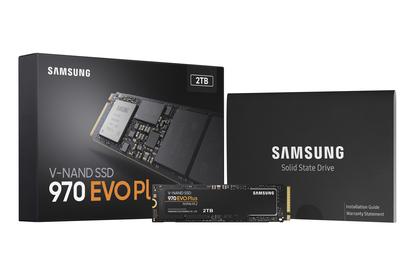 Samsung has upped their investment in the NVMe SSD space, announcing the new 970 EVO Plus.

“The new 970 EVO Plus powered by Samsung’s latest fifth-generation V-NAND technology will now offer unrivaled performance in its class when taking on demanding tasks like 4K content editing, 3D modeling and simulation as well as heavy gaming.”

Samsung claim the new SSD offers significant performance gains over its predecessor, offering 57% faster write speeds and improved power effeciency.According to Samsung, the 970 EVO Plus delivers sequential read and write speeds of up to 3,500 MB/s and up to 3,300 MB/s, respectively

At launch, Sasmsung's 970 EVO Plus SSD will be offered in three capacity options - the 250GB, 500GB and 1TB - and is available now with recommended retail pricing starting at AU$139.99.

A 2TB variant of the EVO 970 Plus will be available from April.