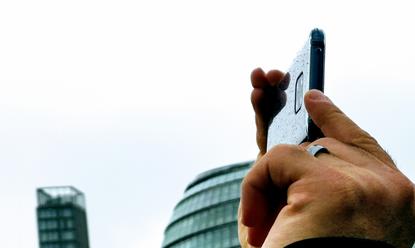 Speaking to journalists at the launch of the Huawei Mate 20 and Mate 20 Pro in London, a spokesperson from Leica suggest that Huawei might not be shipping a quad-lens smartphone anytime soon.

"We are always going for the best image quality and the most versatile portrait mode you can get on a smartphone."

The comments come as more vendors ramp up on the multi-lens smartphone cameras that have become popular among recent years.

The Huawei's P20 Pro's triple-lens setup garnered acclaim, attention and commercial success earlier this year and since then we've seen quad-lens cameras and even murmurs of a five-lens powered Nokia device.

Still, Weiler says that "If we see a point where we can implement a good quality camera into the smartphone and it gives us a chance to improve the image quality we will do but it's one [thing] to implement as much cameras as possible. It's easy to implement a small camera in a smartphone, we could stick in maybe five or six cameras. But to have a really high quality camera which has an excellent lens and a very large sensor, it's a different type of dilemma."

PC World Australia traveled to the UK as a guest of Huawei.