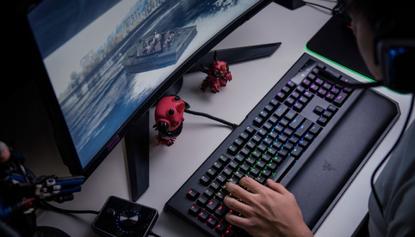 With mechanical keyboards fast becoming to the norm for PC gaming in recent years, many vendors have embraced Cherry MX as their keyswitch of choice. However, it’s far from the only option out there.

Here are some alternatives to Cherry MX:

Designed from the ground up for gaming, Razer says their Razer Mechanical Switches are designed to last 60% longer than standard mechanical switches.

There are three color-coded variants on offer here:

Manufacturer by Kaihua Electronics, Kailh switches are - to put it politely - “legal-clones” of Cherry MX switches.

There are a number of variants on offer here, broken out into three families:

Like Razer, Logitech have also invested in designing and building their own range of gaming keyswitches in the form of Romer-G switches.

According to Logitech, “Esports pros all over the world prefer Logitech G mechanical keyboards for their speed, consistency, and reliability.”

Each Romer-G switch claims to have a lifespan of 70 million presses.

Roccat are also touting their own gamer-designed keyswitches in the form of the Roccat Titan keyswitches. However, unlike other accessory vendors, they’re only focused on a single version of the new keyswitch. At least for now.

The main point of difference here is that Roccat’s Titan switches all come integrated with the company's AIMO lighting ecosystem.

Each Titan switch features a long-life LED that can be individually configured to display multiple illumination effects in 16.M colors. The housing of the Titan switch is also completely transparent, spreading the LED lighting farther.

This also has the added benefit of protecting the inner part of the switch from dust and making it easy to maintain and keep clean.

Roccat also talk up some software improvements on the official website for the Titan switches, saying that it reliably reads the keystroke signal at a much earlier point after actuation, making the Titan switch 20% faster than its competitors.