AMD's 2nd-gen Ryzen CPUs are faster, cheaper, and all come with Wraith coolers 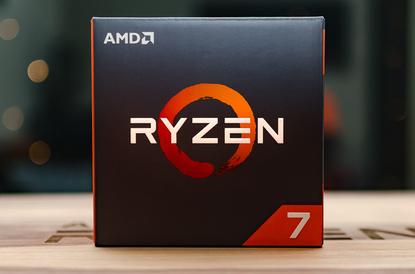 After months of leaks that would make the Titanic blush, AMD on Friday formally confirmed four new second-generation Ryzen CPUs due to launch on April 19. The Ryzen 7 2700X, Ryzen 7 2700, Ryzen 5 2600X, and Ryzen 5 1600 will each be faster and cheaper than their trail-blazing predecessors.

All four chips run at slightly higher clock speeds than the versions they replace, and in a significant change from last year, AMD will bundle various Wraith coolers with the “X” versions of the chips. AMD’s first-gen Ryzen “X” processors didn’t include coolers in the box because AMD believed customers who splurged on high-end “X” CPUs would prefer to bring their own cooling.

Here are the details AMD announced for each second-gen Ryzen chip:

The second-gen Ryzen chips will be built on a new 12nm fabrication process that’s slightly smaller than the 14nm first-gen chips. The smaller node and faster speeds doesn’t come for free, as AMD says the Ryzen 7 2700X carries a 105-watt TDP, compared to the 95W TDP of the first-gen Ryzen 7 1800X flagship. The other chips match the TDPs of their predecessors.

Although the second-gen Ryzen CPUs could cost slightly more than the current street price of the first-gen CPUs they replace—AMD has been holding fire sales on Ryzen chips ahead of this launch—they’re significantly cheaper when compared to Ryzen’s original launch prices.