If you're truly worried about the security of your communications, stick with an app like Signal itself for now. 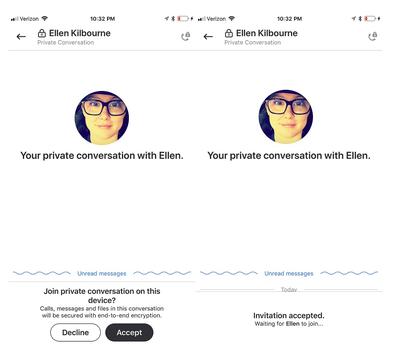 Skype became the latest chat app to adopt encrypted communications on Thursday, as Microsoft taps Whisper Systems’ Signal protocol in a preview version of both desktop and mobile clients.

The feature, known as Private Conversations, is available to iOS, Android, Linux, Mac, and the Win32-based Windows desktop app in beta form. Microsoft said that after its round of testing is complete, the company would work to integrate Private Conversations into the UWP version of Skype that ships as part of Windows 10.

Whisper’s Signal app was originally considered to be one of the more reliable apps to communicate privately between two devices, receiving full marks on the Electronic Frontier Foundation’s first scorecard for secure messaging apps. (The EFF is currently revising its scorecard and developing a new, updated list; it warns that the original list should be considered outdated.)

The EFF dinged Skype, however, on several points: for failing to provide a way to establish the identities of the contacts of the companies you were talking to, failing to provide a way to secure past communications if encryption keys were stolen, and not providing code for external review—as well as not encrypting the communications, period. It’s not clear whether any of that has or will change with the updated beta.

To try it out, Microsoft recommends that you simply select “New Private Conversation” from the app’s Compose menu or from the recipient’s profile. You’ll see a “lock” icon next to the conversation.  “After the recipient accepts your invite, all calls and messages in that conversation will be encrypted end-to-end until you choose to end it,” Microsoft says.

What this means for you: If you’re truly concerned about privacy, you’d probably be better off sticking with more of an established secure-communications app like Signal until the the Skype beta receives a once-over from the EFF and other organizations. Still, it’s a step in the right direction.