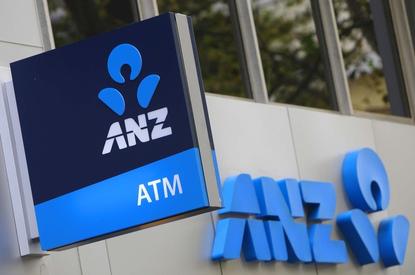 Calls for Australia’s biggest banks to open up access to customer data could prove a double-edged sword for the fintech industry and further entrench the dominance of the ‘Big Four’, says ANZ’s general manager of data, Darren Abbruzzese.

Established banks have come under increased pressure to expose customer and transaction data via APIs in recent months. In November the House of Representatives Standing Committee on Economics recommended to government that ANZ, Commonwealth Bank of Australia, Westpac and National Australia Bank be forced to open up access to consumer data by July next year.

The Review of the Four Major Banks was followed by a draft Productivity Commission report into open data that proposed individuals be given more control over the data collected about them and be able to transfer it between financial services providers more easily.

Although the measures have been generally welcomed by the local fintech sector, Abbruzzese warned in a blog post this week that “competition cuts both ways”.

“Ironically the package of measures overall may end up being a double-edged sword for fintech. On one hand open data and open banking will make it far easier for fintech to enter the market and compete," he wrote.

“But on the other hand, the measures aimed at improving bank behaviour, complaint handling and accountability may bolster community satisfaction and trust in existing banks, further entrenching their dominant market share.”

In its recent report the Standing Committee on Economics also recommended (PDF) the barriers of entry to the banking sector be lowered to promote competition.

But consumers lacked trust in new entrants to the industry, Abbruzzese argued, citing the example of the UK which introduced easier licensing requirements in 2013.

“Despite their fresh approach and modern technology, these new entrants lack a key intangible asset that established banks have: trust. In spite of recent crisis and fines, customers still trust banking institutions as a destination for their personal and financial data, and with trust comes customer stickiness,” Abbruzesse wrote.

In the last few years ANZ has actively engaged with the Australian fintech sector, backing the likes of Sydney fintech hub Stone and Chalk and Melbourne start-up incubator York Butter ­Factory. It has made a limited number of APIs available via its Developer Hub and in July then-CIO Scott Collary said that ANZ wanted to be “a more open bank” (Collary departed the bank late last year).

“The thing to watch over the next few years will be whether existing banks can modernise their backend and adapt to a digital world faster than fintechs can build a brand and a trusted reputation to match their high-tech platforms,” Abbruzzese wrote. “And whether the two sides might figure out some way to work together.”