Everything is a virtual assistant now

At CES, we're learning that virtual assistants like Amazon's Alexa will be delivered as a utility to almost every appliance in your home. 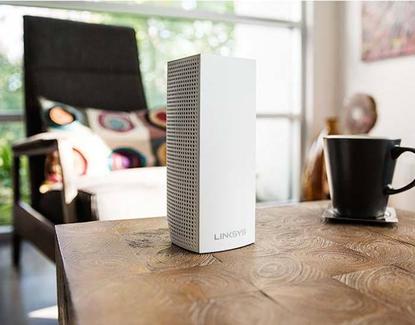 Amazon's virtual assistant, which first appeared more than two years ago on Amazon's Echo smart speaker, seemed to be popping up everywhere at the annual International CES trade show in Las Vegas this week.

Amazon opened Alexa to third-party hardware developers in the summer of 2015. Now, a year and a half later, the number of devices that support Alexa are dizzying. (We also learned this week that Alexa now offers more than 7,000 "skills," which is what Amazon calls apps or third-party capabilities.)

The chatter about Alexa at CES is broadly muddled, with reporters talking about devices "supporting Alexa." But not all "support" is created equal.

Most of this "support" is relative banal. It means that a smart device gains the ability to be controlled or monitored through Alexa.

Appliance maker Whirlpool, for example, announced this week a new line of home appliances available in "early 2017" that respond to Alexa commands. They'll let you change the temperature of your Whirlpool refrigerator by telling Alexa. And the virtual assistant will be able to tell you if your Whirlpool washer and dryer is running and how much time is left before the clothes are done.

Dish Network's Hopper DVR boxes are getting Alexa control. As with Apple TV, you'll be able to use voice commands and conversation to find shows and change the channel.

I like this brand of "Alexa" support. But it's not nearly as interesting and culture-changing as the other kind: When devices actually deliver Alexa itself.

Two devices, the Nabi Aristotle (Nabi is a Mattel company) and the C-Way Memoo are Amazon-Echo like devices for children. These are proving controversial because the idea of a corporation listening in on children is creepy to some parents. They can read stories to children and broadly function as a kind of robot babysitter, to a limited degree.

While Echo alternatives are welcome, they're not nearly as interesting and surprising as some of the other new appliances delivering Alexa.

When Google announced its OnHub router in 2015 and Google WiFi mesh routers last year, a few pundits asked: "Why didn't they put Google Now or the Google Assistant on these routers?"

It's a good question. But at CES, Linksys became the first company to announce the idea of a virtual assistant on a mesh router system. The company unveiled this week it's Linksys Velop Whole Home Wi-Fi system. The mesh routers provide full coverage in a home by creating a chain of wireless connectivity, which extends Wi-Fi more broadly in a home than a single router can. The Linksys Velop ships Jan. 15 in packs of one ($200), two ($350) or three ($500). Each router provides the speaker and microphone needed to interact with Alexa.

A company called Ubtech Robotics unveiled a robot called Lynx at CES that has Alexa inside. The robot has its own capabilities unrelated to Alexa, such as the ability to recognize faces and demonstrate fitness exercises, but also functions just like an Amazon Echo.

LG also announced an Alexa robot at CES. The company didn't provide all the details, but the Hub robot appears to be a small robot that simply functions as an Amazon Echo type device, but with a personality, expressed through its round display and ability to swivel to face whomever is talking to it.

Unlike the Whirlpool refrigerator, which can be minimally controlled by Alexa commands, LG announced a fridge that actually functions as an Alexa device. The LG Smart InstaView fridge has a camera inside so you can check what you need while you're at the store, and also a screen on the outside. The screen is interesting: By tapping on the screen twice, it becomes a transparent window so you can see what's inside without opening the door. Gadget fans will also be intrigued by the operating system that powers some of the smart features: It's WebOS! (The WebOS operating system evolved from the Palm WebOS system that used to power Palm smartphones and tablets.)

Chinese smartphone giant Huawei announced at CES that its $599.99 Mate 9 phablet would become the first smartphone to ship with Alexa integration pre-installed and integrated. While Alexa is available in a smattering of mobile apps for both Android and iOS platforms, the Huawei integration appears to offer "always-listening" hands-free access to Alexa.

All these new Alexa appliances join several announced last year, including a lamp called the C by GE. I really like this idea because, as I said in this space a year ago, lights and light bulbs are uniquely suitable as locations for virtual assistants.

One line of products shown at CES functions both as an Alexa-controlled device and an Alexa appliance: Ford cars. The first implementation will show up in the Focus Electric, Fusion Energi, and C-Max Energi cars. Ford Sync Connect users will gain the ability to start, lock or unlock the doors, and get information about the car from any Alexa device.

Later this summer, Alexa itself will be made available in Ford cars, so you can interact with Alexa from inside the car, including the ability to control the audio system with voice commands. The car dashboard works like an Amazon Echo.

When virtual assistants are everywhere and always listening

Let's be clear about what's happening with virtual assistants. As I predicted in this space in 2014, within a few years, you will almost never be out of virtual assistant range. When you talk, they will hear you. You won't even have to think about which device is serving you. Just ask a question and a voice will answer.

There are two ways to achieve this: The Apple way and the Amazon way.

The Apple way is to serve up its Siri virtual assistant primarily as a feature on mobile devices like the iPhone and the Apple Watch (two exceptions are the stationary Apple TV and iMac). By choosing "Allow 'Hey Siri' " in the settings of an iPhone, your phone is always listening for the "Hey Siri" command. Everywhere you go, Siri is listening, as long as you bring your iPhone.

The Amazon way is to offer Alexa Echo appliances for every room in the house and also open its virtual assistant to hardware developers so Amazon is built into every appliance, vehicle and object in the home and office.

The Google way, meanwhile, is to do both at the same time -- get a virtual assistant into every phone, on every computer and also open to third parties. Google is more than a year behind Amazon in third-party integration.

As Star Trekish and awesome as this will be, you can be sure that new problems will arise.

Alexa-powered devices, such as Amazon's own Echo appliance, are always listening for a "wake word" -- the word that triggers the device to listen for other commands and requests. Alexa's "wake word" is "Alexa," or alternatively "Amazon." (This is a bummer for one Reddit user, who claims that he has two daughters named "Alexa" and "Amazon."). Virtual assistants will end the use of "Alexa" or "Siri" as names for children or pets.

The assistants everywhere world will raise new issues around privacy and security. They'll even challenge the necessity of knowledge itself, or at least trivial knowledge. After all, if every fact is instantly accessible with a question, what's the point of committing any fact to memory?

The new world of ubiquitous virtual assistants has been creeping up on us for a decade. But CES this week was a turning point. It's clear we enter that world this year, in 2017.

Will you remember when it happened? Don't bother. All you'll have to do is ask.