You can pre-order Google's voice assistant now and delivery on November 4. 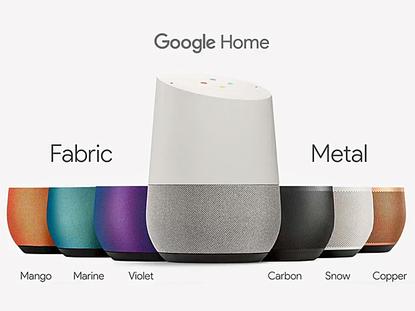 OK Google, it’s time to take aim at Alexa. Google has announced that consumers can now preorder its Google Home digital assistant for $129, with a ship date of November 4. First revealed at Google I/O in May, Google Home will compete with Amazon’s surprisingly popular Echo product line for voice-activated control of the smart home. The price tag is attractive, and it has some features the Echo doesn’t, but Google still has a lot of work to do to catch Amazon.

Like the Echo, Google Home can recognize natural language and answer simple questions when it detects a “wake” word (“OK Google” for the Google Home, “Alexa” for the Echo). Google has a leg up on Amazon in this regard, as it arguably has the world’s best search engine, and the company has been working on speech recognition for many years longer than Amazon.

One of the most impressive things about Google’s demo today was the Google Assistant’s ability to respond to related follow-up voice commands without needing to say “OK Google” again. During the demo, Google product manager Rishi Chandra asked, “What’s Adele’s real name?” Google Assistant provided the answer. Chandra then said, “How many Grammys has she won?” And it responded with an answer from Wikipedia. With the Echo, you need to repeat “Alexa” with every request.

Google Home also be able to stream music and podcasts, report the news, set timers, make shopping lists that will appear on your phone, and more. In addition to YouTube Music, you’ll also be able to link your Spotify, Pandora, Google Play Music, TuneIn, and iHeartRadio accounts, and specify a default so you don’t have to specify “on Spotify” every time you request a song or album. One area that Google has a significant advantage over Amazon is Google Home’s ability to link to Google’s Chromecast and Google Cast media streamers.

So not only will you be able to use voice commands to cast YouTube (and soon Netflix) videos to your TV via a Chromecast, you’ll also be able to have multiple Google Home and Google Cast speakers synchronize music playback throughout your home. The Echo can’t currently connect to video devices, and you can’t link multiple Echos together for synchronized music playback.

Amazon does have a significant lead in third-party product integration. Google announced Philips Hue lighting, Samsung SmartThings, and Nest Labs as launch partners, but it said its third-party SDK (software development kit) won’t be ready until sometime next year.

Thanks to Amazon’s Alexa Skills Kit, it’s very easy for just about any third-party developer to enable the Echo to control their devices. Amazon’s free and largely self-service developer tools have been available for a while. Developers need Amazon only when they’re ready for the company to certify them as Echo compatible.

As a result, Amazon is already working with all of the smart-home products Google mentioned, plus many more. Want to dim the light? In addition to Philips Hue, you can use Cree Connected or LIFX light bulbs or Belkin WeMo light switches. Forgot to close the garage door? Echo can tell Chamberlain’s MyQ garage door controller to do it.

In my personal smart home, which is controlled by a Vivint smart-home control panel, I can use voice commands to do all these things as well as lock my doors and arm my security system. A number of DIY smart-home hubs—Samsung’s SmartThings, Nexia’s Z-Wave Smart Bridge, the Wink hub, and others—are also Alexa compatible.

This race is much too early to call. Amazon has a significant advantage thanks to its two-year lead, but Google has the edge in terms of voice recognition and AI. It’s tie-in to its Chromecast product is another big point in its favor, although it could turn into a wash if Amazon does the same with its Fire TV devices.

Google Home costs $40 less than an Echo—you really don’t want to buy Amazon’s $130 Tap—but if you want multiple voice-control points throughout your home, it will be much cheaper to deploy a bunch of Echo Dots at $50 a piece (and less than that as long as Amazon’s buy-5-get-one-free deal lasts). And if you want a voice-controlled multi-room audio system, you’d be wise to wait to see what comes out of the Sonos/Amazon hookup announced a few months back.

One thing’s for sure: We’ll be able to make a much better recommendation as soon as we get our hands on a Google Home.