Smartwatches in general are waning as a must-have, which is giving companies pause about again refreshing their lineup before the holiday season. 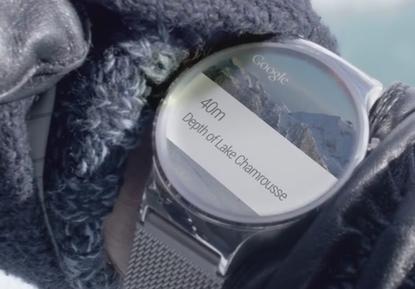 The companies behind some of the top Android Wear watches are heading for the bench.

LG, Huawei, and Motorola aren’t planning a new smartwatch in the final months of the year, according to a CNET report. This decision is driven by a sense among the companies that wearables have yet to become the hot item they were once thought to be. The enthusiasm just doesn’t match what we see for smartphones, which still drive many buyers to an annual upgrade cycle. With the holiday season approaching, it appears they’re going into the season with the lineup they have.

It’s not just Android Wear that’s hitting the doldrums. An IDC analyst said that Apple saw Apple Watch shipments fall 55 percent from a year ago into the second quarter.

“Smartwatches still have yet to make a significant impression on consumers as a must-have device,” said Ramon Llamas, an analyst at IDC, told CNET.

Apple just released the Apple Watch Series 2 and a refreshed Series 1, retooling to focus to health and fitness. Samsung, meanwhile, will release the Gear S3, which runs its own Tizen software, later in the year. On the Android Wear front, it appears that LG is sticking with its Watch Urbane Second Edition LTE as the flagship for the remainder of the year. Motorola’s current second-generation Moto 360 was released last October, so the company may go beyond a year before offering a new model.

Instead of new hardware, the most compelling change to the smartwatch experience will be with Android Wear 2.0. The update should hit the vast majority of watches out there (not the first-generation Moto 360, unfortunately), so if you have one you’ll be able to get a refreshed experience without the need to splurge for new hardware.

The impact on you: If you’ve yet to dip into the Android Wear waters, this momentary pause by some of the hardware companies may mean deals for you as current watches are likely to dip in price as they age. Given that Apple is targeting fitness more directly, I’d expect this same type of focus to emerge on the Android Wear side, as most of us want a smartwatch to offer fitness tracking and bits of data instead of trying to take over for our smartphone.