Flash vs. HTML5: The last stand 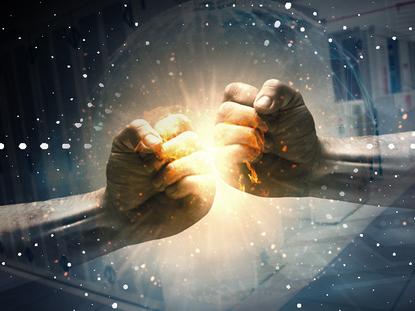 Believe it or not, Flash still has an ardent fan club. The once-ubiquitous media player for browsers has taken its lumps, thanks in large part to security issues. However, diehards remain in Flash’s corner in its battle with HTML5, despite the sense that Flash may be on the ropes, as HTML5 continues to close any functionality gaps it might have had with its proprietary predecessor.

Occupy HTML5, a Facebook page that pitches itself as “The movement to rid the world of HTML purism,” is one such outlet taking up Flash’s mantle. The page stresses it “is not an anti-HTML5 movement, but rather an opposition to purism, biased supremacy, and corporate bullying.” Flash, Occupy HTML5 says, is mature. “It's supported by all major desktop browsers. It's stable when used properly. If not, it crashes a lot, just like every other technology.” The page, which has more than 700 Likes, was created by ardent Flash advocate Stephane Beladaci, who said recently he has been planning to relaunch the site.

[ The art of programming is changing rapidly. We help you navigate what's hot in programming and what's going cold and give insights into the technologies that are changing how developers work. | Keep up with hot topics in programming with InfoWorld's Application Development newsletter. ]

Flash “powers some amazing experiences that work consistently across all of the major browsers in a way that cannot be replicated without Flash technology,” Beladaci writes on the Occupy HTML5 Facebook page. “Championing simplistic statements regarding web technologies makes the web less educated. At this point, it's holding back the web.”

But in recent years, Flash has been the subject of security maladies, and browser vendors, including Apple, Google, and Mozilla, have moved away from it. W3Techs, which compiles statistics on the usage of Web technologies, reports Flash being used on only 8 percent of websites, down from 10 percent in a year ago. Six years ago, Flash was used on 28.5 percent of websites, when Steve Jobs wrote “Thoughts on Flash,” the open letter in which he cited issues such as security, performance, and battery life in announcing Apple would ban Flash on its iPhones.

That decision by Jobs was the death sentence for Flash, says Shawn Drost, co-founder of Hack Reactor, which trains software engineers in JavaScript.

“Where the story started is actually that iOS, when it launched, did not support Flash and never did,” says Drost. “They basically drove a wedge where suddenly every company had to have a non-Flash version of their site in order to access everyone using iOS.”

Worse, the setbacks for Flash keep coming. Last month Google designated HTML5 as the preferred rich media option in its Chrome browser over the Flash Player.

Moreover, instances where Flash could be seen as more flexible than HTML5 have diminished. Even where HTML5 lags, there are benefits in running behind.

For example, while Flash grants default access to capabilities such as the camera and file system, HTML5 requires specific permissions, Drost says. This could either been seen as a feature gap for HTML5 or as a security hole for Flash, which HTML5 closes, Drost notes.

Also, Flash until recently has offered more support for digital rights management than HTML5, but this has mostly been solved except in legacy browsers, he adds.

Although Flash may be in decline, it will not be going away soon. Though a detractor, Drost still sees Flash hanging around for some time. For one, Flash offers a much better authoring environment, with Adobe’s Animate CC, than anything developed in the HTML5 world, he says.

“There’s no parallel in HTML5. So perhaps the legacy of Flash will live on and Flash the authoring environment still today can export HTML5,” he says.

Adobe, for its part, has embraced HTML5. The company renamed its Flash Professional tool Animate CC and designated it as a tool for developing HTML5 content while continuing to support development of Flash content.

“While standards like HTML5 will be the Web platform of the future across all devices, Flash continues to be used in key categories like Web gaming and premium video, where new standards have yet to fully mature,” the company said late last year.

Adobe as far back as 2010 offered its own HTML5 video player widget, based on the Kaltura open source library.