Satellite was to be used to beam Internet connectivity 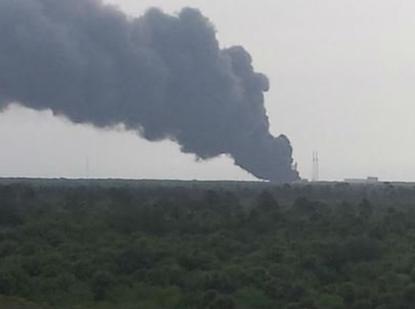 Two days before its scheduled launch, a SpaceX Falcon 9 rocket and its commercial satellite payload, which Facebook planned to use to beam Internet connectivity, exploded today on the launch pad.

The explosion occurred at 9:07 a.m. ET as SpaceX was testing its engines as part of the preparations for the Saturday morning launch. The rocket and satellite were sitting on the launch pad at the Cape Canaveral Air Force Station in Florida.

The vehicle and its entire payload were lost.

Facebook had planned to use the satellite as part of its project to beam Internet connectivity to parts of sub-Saharan Africa.

Facebook co-founder and CEO Mark Zuckerberg brought the launch to widespread attention when he mentioned it during a town hall ediscussion in Lagos, Nigeria, earlier this week with developers and members of the Facebook community.

"We are disappointed by the loss but remain committed to our mission of connecting people to the Internet around the world,” a Facebook spokesperson said in an email to Computerworld.

The Air Force 45th Space Wing, which commands the Cape Canaveral Air Force Station, issued a statement on Twitter this morning, saying that there were no initial reports of casualties or threat to public safety.

It also reported that roadblocks had been set up in and around Cape Canaveral.

SpaceX, one of the companies working with NASA to send cargo ships to the International Space Station, confirmed via Twitter that “an anomaly” occurred during a standard pre-launch test.

The company said the explosion began near the upper stage oxygen tank while propellant was being loaded.

The rocket had been carrying an Amos 6 communications satellite, owned by Spacecom, a company based in Israel.

Facebook has been working for several years on technologies that could bring connectivity to the approximately 4 billion people around the globe that have no Internet access.

In July, the social media company reported it had completed its first full test of a high-altitude, solar-powered, unmanned aircraft that was able to beam internet connectivity to Earth using laser technology.