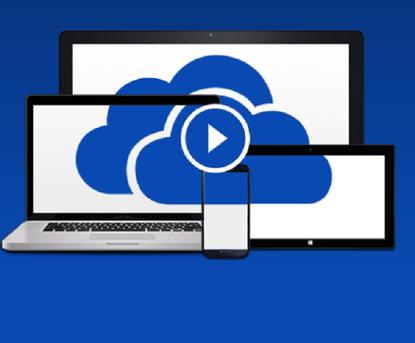 Users of Microsoft's OneDrive have begun receiving notifications that their storage allotments have already, or will soon be, reduced to 5GB.

The emails to OneDrive account holders were the first step in a process that Microsoft announced last year as part of a broader reduction in cloud-based storage allowances. The free amount was to be lowered from 15GB to 5GB, and another 15GB that many had -- the photograph-specific "Camera Roll" bonus that had been given to any who asked -- was to be erased.

In April 2016, Microsoft warned OneDrive users that the automatic reductions and access restrictions would begin in July, when accounts with more than 5GB of content would be marked read-only. Users would be able to view and download files stored in such accounts, but they would not be able to add new documents, photographs or other files.

Microsoft has pledged that customers whose accounts exceeded 5GB will be able to access their files for nine months, or until around the end of April 2017.

Some OneDrive customers have received emails telling them that as of yesterday, July 13, their accounts were set as read-only. Others have gotten similar messages, but with a July 27 deadline, making the emails a 14-day warning and giving users two weeks to remove enough files to drop the total under the 5GB limit.

Additional restrictions are to be placed on OneDrive accounts next year. In April 2017, Microsoft will lock accounts in excess of 5GB, blocking users from accessing all files. Three months after that, Microsoft has said it may start deleting files in overstocked accounts.

OneDrive users with a free account subject to the 5GB limit have several options. They can reduce the quantity stored online, purchase additional storage, or request a free one-year subscription to Office 365 Personal, a subscription service that comes with 1TB of OneDrive space.

More information about the OneDrive changes and their timing can be found in a FAQ on Microsoft's website.