Lady Gaga, Intel, others team up to fight online harassment

Harassment of women in tech is a problem that Intel, Lady Gaga and others are urging top tech execs to fight. Columnist Rob Enderle writes that we have to stop tolerating this behavior in order to stop it. 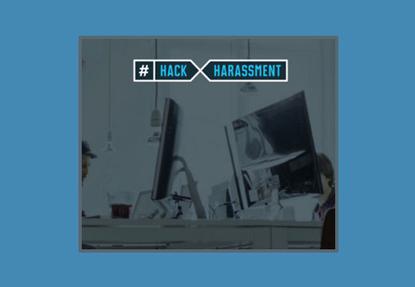 After over 40 years of government driven efforts to bring more women into tech, little change has been made. I have a fundamental belief that we are approaching this effort all wrong. My argument is that the core problem is that the tech market isn’t attractive to women, and why would it be? It has a history of abusing women. And recently it has gotten much worse with technology not only being a segment that is hostile to women but the developer of tools that are used as weapons against women. This isn’t just unacceptable as behavioral issue it is incredibly stupid if we want to create a segment that has a bend of men and women in it more successfully matching the demographics that the industry serves.

Well this week Intel [Disclosure: Intel is a client of the author], Recode, Vox Media and Lady Gaga’s Born This Way foundation banded together to launch the Hack Harassment Pledge at the code conference. Now, personally, I don’t think this should have been necessary because we are talking about our wives, sisters, mothers, daughters and friends. Unfortunately, it was necessary because too many of us guys didn’t make that connection and behaved in a reprehensible manner.

[ Related: How one woman fought sexism at Wipro — and won ]

Let’s talk about making tech not only a better place for women to work, but more of a tool to help protect groups under attack -- and not a tool used to hurt them.

At the heart of this problem is a racial problem tied to intolerance for change and disruption. We tend to like things the way there are, stratify into privileged groups, and attack those who disrupt the status quo. This results in behavior that puts people who differ from the established norms at risk. Be it sex, sexual orientation, skin color, religion, or political preference -- any minority represents a risk to the status quo and the result can range from social isolation to violence targeting this minority.

Historically, because this required physical presence, law enforcement was somewhat effective at mitigating this problem, but with the advent of advanced communications technologies and social networks the capability to do harm has massively exceeded the capabilities of the most powerful law enforcement agencies and most have not only not been funded to step up to this problem, their budgets have been dramatically cut over the years making it difficult for them to even do their old jobs let alone deal with these new threats.

At the heart of this is that people that should stand up and be counted, those of influence and power, largely haven’t and the resulting perceived tolerance for this bad behavior has allowed it to proliferate. Perhaps the most egregious was Gamergate, where a woman, and her defenders, were threatened with rape and extreme physical harm for daring to object to being abused.

So given law enforcement is ineffective and people won’t voluntarily moderate their behavior, the goal has to be to move those in power, particularly influences in the technology market, to take action against this bad behavior and focus on kids entering the market who haven’t adapted this bad behavior yet to resist and act against it.

Perhaps the most important part of this effort is the focus on the younger generation learning to respect all others regardless of sex, race, etc. Though the effort worked with those sponsoring the hackathons it also tapped this demographic by touching thousands of students at Rutgers University, Pennsylvania State University, and one of the more powerful Universities in the California State system the one at Davis.

While the visibility is on the executives signing the pledge it is more likely that the kids signing on to this in mass will form the strongest force to eventually eliminate this disgustingly bad behavior.

I think the vast majority of us object to the abuse of women and yet that same majority clearly tolerates it or it wouldn’t exist. There is science behind this which found that individuals wouldn’t act protectively in large groups because they believed someone else would step in. Ironically, this was discovered as a result of analyzing why no one came to the aid of a woman who had been attacked and was screaming for help in a community with large numbers of people in range of her voice.

If we really want to drive change we all need to make the effort to step up when we see anyone being bullied because only by doing this can we possibly make a positive impact on ending this behavior. This is more than just signing the pledge, though that is a start, it is stepping up to the responsibility of being kind of people our mothers, sisters, daughters and friends can be proud of.