There are modular components inside and out, which will help those who would rather make minor repairs when something goes awry. 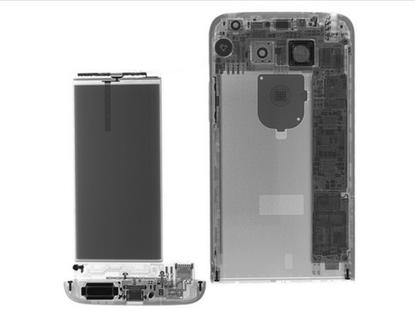 The LG G5 stakes out its own turf as a modular phone with swappable parts.

That philosophy makes it relatively easy to fix, as illustrated by the 8/10 score the phone just snagged in a recent iFixit teardown. We already know the battery is easy to replace, but it's apparently easy to get at the display and other components, too. All you have to do is slide out the battery and unscrew two standard-size Phillips #00 screws.

There’s also a general lack of adhesives and few screws inside the phone, which makes it more accessible for one who wants to swap out a component.

Why this matters: LG is bucking the trend in smartphone design, which has drifted toward devices that are increasingly difficult to fix (like the Galaxy S7/S7 Edge and Nexus 6P). Companies would rather you just upgrade your phone every year instead of break it open and reach for the screwdriver. Many buyers would probably not rather try such delicate surgery on their own, but for enthusiasts and repair shops a device like the G5 allows them to lengthen the life of the phone.