Pre-sales to start today at 4pm 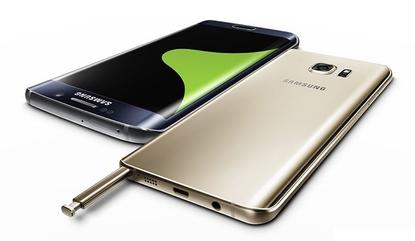 Samsung Australia has announced the pricing and availability of its 'phablet' flagships, the Galaxy Note5 and the Samsung S6 edge+.

Carriers will commence pre-sales from 4pm today and the smartphones will go on sale in stores from 4 September.

The Note5 and edge+

Further separating the two smartphones is the use of a curved display. The S6 edge+ has a display that curves on either side like its S6 counterpart, while Samsung has curved the rear of the Note5 for a more comfortable fit in the palm.

Specifications for the two smartphones are identical. Both have a large 5.7-inch Super-AMOLED display with a resolution of 2560x1440. Photographic technologies are borrowed from the Galaxy S6, with a 16-megapixel rear camera and a 5-megapixel front camera; both of which have an aperture of f/1.9.

Powering both smartphones is Samsung’s Exynos 7420 System-on-Chip (SoC). This is the same SoC found in its flagship Galaxy S6 series, with its two quad-core CPUs running at 2.1GHz and 1.5GHz.

The two smartphones will be the first in Australia to pack 4GB of RAM. There’s also a Mali-T760 GPU and internal storage options of 32GB and 64GB.

A controversial omission is the lack of expandable storage and a battery that is not interchangeable.

Integrated into both smartphones is a 3000 milliamp-hour battery. The battery’s charge can be replenished in approximately 90 minutes with a micro-USB cable, or in 120 minutes over wireless charging.