What to expect at the September Apple event: new iPhones, iOS 9, watchOS 2, and more

With September closing in on us, our focus is turning to the launch of the next iPhone. Here are our predictions about the event 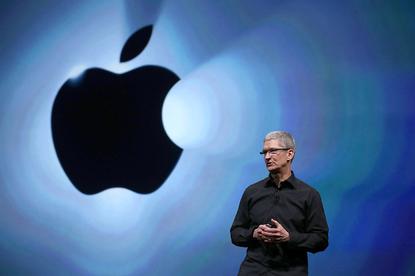 With September closing in on us, we're eagerly anticipating the launch of the next iPhone. Apple has a yearly cycle that it likes to follow with regards to product releases, and iPhone announcements have typically happened in September/early October since 2011. With this being said, we've listed our predictions for the event based on the flurry of Apple-related rumours that seem to crop up around this time of year.

It's a good idea to bookmark this page, as we'll be updating this with new information as soon as we receive it. That includes the official event date once the invites have been sent out by Apple, which usually happens around two weeks prior to the event.

What to expect at the September Apple event: New iPhone(s)

Of course, the one thing that is almost certain about Apple's September event is that we'll get to finally see the much-rumoured iPhone 6S (or iPhone 7 if that's what you call it!) and 6S Plus. So, what's so special about the iPhone 6S and iPhone 6S Plus (we'll just refer to them both as the 6S from now on)? Firstly, rumour has it that the next generation of iPhones will feature a brand new colour, namely Rose Gold to match the Apple Watch Edition, a colour that we think will prove hugely popular amongst consumers.

So, apart from the aesthetics, what's the big fuss about the next-generation iPhone? The flagship feature of the iPhone 6S seems to be Force Touch technology, which has already been implemented into both the Apple Watch and new MacBooks. There have been a number of rumours surrounding the introduction of Force Touch on the iPhone appearing over the past few weeks, and recent display leaks suggest that it may be true.

The addition of Force Touch technology means that for the first time ever, the 'S' iteration of the iPhone will be wider than the original, as the technology adds around 0.2mm of width to the iPhone.

The iPhone camera has, in terms of megapixels, stayed the same since the announcement of the iPhone 4S back in 2011. Where Apple's rivals have decided to cram as many megapixels into their cameras as possible, Apple decided to concentrate on the internals of the camera to improve quality - as any photographer will tell you, more megapixels doesn't always equate to better quality.

With this being said, rumours suggest that Apple is set to offer a 12Mp camera with the iPhone 6S. The rumours also suggest that the next-gen iPhone will offer "DSLR-quality imagery" with a two-lens system capable of 3D images, however this may not be the case as leaked CAD designs suggest that the next iPhone will have only a single lens. There's also a rumour suggesting that the 6S won't feature a camera upgrade, but we're choosing to ignore that one!

As well as this, rumours (and looking at past events) suggests that the iPhone 6S will also feature Apple's own A9 processor and will feature 2GB of RAM, compared to the A8 chip and 1GB of RAM available in the iPhone 6/6 Plus. It has also been suggested that we may see an improved Touch ID sensor, especially as Apple Pay is becoming available in new countries.

For a complete roundup of what we expect to see from the next iPhone, along with any leaks/rumours circulating the internet, check out: iPhone 6S release date rumours & new features

What to expect at the September Apple event: iOS 9 and watchOS 2 release date

Alongside a brank spanking new iPhone, we should see an additional announcement of iOS 9 and its official release date, which judging by past events is usually around a week after the event itself, just before the release of the next-gen iPhone. What will iOS 9 bring to the table? The main addition in iOS 9 is Proactive, which aims to make your iPhone experience a little easier by learning your habits and suggesting apps and actions based upon these habits.

A prime example is listening to music on the way to work - if you listen to music on your way to work in the mornings, your iPhone will notice this. Once it's learned this habit, when you go to plug your headphones in for your morning commute, your iPhone should provide you with a lock screen shortcut to the Music app.

As well as Proactive, iOS 9 concentrates heavily on performance and battery enhancement, which should translate to a speedier iPhone with a better battery life - and that's without buying an upgrade. We've gone hands on with the iOS 9 public beta, and even though it is a beta, the enhancements are already visible - especially with regards to battery life. (For more information on iOS 9, see our iOS 9 release date & features article)

Alongside iOS 9 will hopefully sit a watchOS 2 announcement, which brings much-awaited features to Apple's latest product, the Apple Watch. The key features of watchOS 2 include the ability for third-party apps to run natively on the Apple Watch, a feature that will hopefully speed up interaction with the Watch and will mean less time staring at a black screen with a loading icon.

Third-party apps will also be able to make use of the variety of sensors and hardware available on the Apple Watch, which should mean a wave of more helpful and intuitive Apple Watch apps.

watchOS 2 also brings a flurry of new watch faces for Apple Watch users, which includes a variety of time-lapse photos from popular locations all over the world, including London's iconic Big Ben (or the Queen Elizabeth tower, as it's officially known). It also brings a new watch face that will display a different photo from a specified album on your iPhone each time your Apple Watch display activates, which should provide a nice personal touch for users.

To find out more about watchOS 2 and its new features, check out: 12 awesome new features coming to Apple Watch with watchOS 2

What to expect at the September Apple event: New Apple TV

Though we've been hearing rumours about a new Apple TV for some time now, sources "familiar with apple's plans" have told Buzzfeed that we can finally expect to see the device unveiled in September, at the iPhone announcement. So, what can we expect from a new Apple TV? According to the same sources, the Apple TV will have a refreshed and slimmer chassis and new innards, along with Apple's own A8 chip and an increase in on-board storage.

As well as this, the Apple TV is said to have been "drastically improved" by a touchpad control, which is said to feature Force Touch and Touch ID, as well as support for audio, which ties in with the rumour of an improved operating system that'll support Siri voice control. However, the most interesting new feature isn't a piece of hardware, but is instead the addition of an App Store to the Apple TV. We've discussed the options Apple has if the Apple TV had its own App Store, including a number of apps that'd make fantastic Apple TV apps.

It's also rumoured that Apple are working on a TV streaming service for the new Apple TV, but while it was expected that these would launch at the same time, rumours suggest that the streaming service will be launched later, possibly in late 2015 but probably in 2016.

To find out more information and the latest rumours surrounding the Apple TV, head over to: New Apple TV release date rumours and features

What to expect at the September Apple event: HomeKit

We expected HomeKit to feature heavily at Apple's WWDC 2015 event in June, as the first HomeKit enabled accessories are now on sale, but barely a word was said about it. With that being said, we're expecting Apple to launch a "Home" app within iOS 9, which should allow HomeKit-enabled accessories to be controlled via one app, regardless of its manufacturer.

It's also rumoured that the upcoming Home app will also let you split the setups into multiple virtual rooms, making smart devices throughout the home a lot easier to control. It's also said that Siri will play a huge part in controlling HomeKit enabled accessories, and will act as the middle man between you, your device and your HomeKit enabled products, allowing you to tell Siri to turn off your bedroom lights, for example. For more HomeKit related information, check out our HomeKit release date rumour article.

What to expect at the September Apple event: Anything else?

If all the above is true, it seems like Apple's September event may be a busy one! However, that's not the end of it - there are other rumours circulating the internet. One prominent rumour is that Apple is planning on breaking its iPad release cycle, and will instead bundle a new iPad mini into the iPhone event, with no main iPad event in October. Why could this be? It could be due to the launch of the much-rumoured iPad Pro later on in 2015, or possibly early 2016.

KGI Securities analyst Ming-Chi Kuo recently claimed that Apple will also announce a brand new iMac models in the third quarter of 2015, potentially coinciding with the September iPhone event (Q3 ends at the end of September so that's the 'deadline'). It would make sense for Apple to launch an iMac in this time frame, as it would help drive iMac sales in the "Back to school quarter".

We also assume that Apple will make some kind of announcement regarding Apple Pay, possibly a European launch after Samsung recently announced that it was looking to brings its Samsung Pay feature to Europe, not just the UK.