The Rowhammer problem can be exploited using JavaScript over the Web, researchers have found 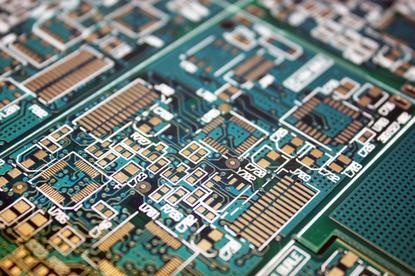 A web-based attack has been developed that can exploit a worrying problem affecting densely packed memory chip cells.

Millions of Web users could be vulnerable to an attack on their computer's DRAM via the Web, a surprising development that expands on a bug that has increasingly worried computer security experts.

It has been known for several years that densely packed memory cells on computers are vulnerable to intentional interference. But a new research paper details how an attack could be conducted over the Web, dramatically increasing the danger to users.

The new paper, published by Austrian and French institutions, could prompt a new urgency among chipmakers to find a long-term solution to the so-called Rowhammer problem.

DRAM is vulnerable to electrical interference because the cells are packed so closely together, a characteristic that has increased their memory capacity but come at a cost.

Repeatedly accessing a row of memory cells can cause adjacent ones to change their binary values using a technique that's been described as rowhammering. The electrical leakage was once thought to be more of a reliability issue rather than a security one, but that view is quickly changing.

Google researchers said earlier this year they developed two successful exploits: a privilege escalation attack and another one that used rowhammer-induced bit flips to gain kernel-level privileges. However, the exploits had to be installed on a user's machine.

What is remarkable about the latest paper is that such an attack could be conducted over Web using JavaScript. Their proof-of-concept code, Rowhammer.js, was tested in Firefox 39, "but our attack technique is generic and can be applied to any architecture, programming language and runtime environment," they wrote.

It also doesn't require physical access to a computer, which makes it a lot more dangerous. That also means that large numbers of people could be targeted over the Web, increasing its potential victim pool.

"Since the attack can be performed on an arbitrary number of victim machines simultaneously and stealthily, it poses an enormous security threat," they wrote.

In addition, many different types of computers are vulnerable, regardless of operating system, as the rowhammer bug affects many kinds of microchip architectures. The researchers are still figuring how exactly how many systems would be vulnerable to their attack.

So far, the researchers have not developed an exploit that would give root access to a computer using rowhammering, but they expect attackers eventually to expand on the capabilities of the exploit they discovered.

Until a longer term solution to Rowhammer.js is found, the researchers proposed that Web browsers should be updated to include a test to figure out if a computer is vulnerable.

If that test proves positive, "JavaScript should be slowed down to eliminate the possibility of an exploit. Even when the system is most likely resistant, the user should explicitly agree to activate JavaScript when opening a website," they wrote.

Another option for users is to completely disable JavaScript using a browser extension such as NoScript. The disadvantage, though, is that many websites rely on JavaScript for certain functions and shutting it down make it more difficult to use some sites.

The paper was co-authored by Daniel Gruss and Stefan Mangard of Graz University of Technology in Austria, and Clementine Maurice of Technicolor and Eurecom in France.