Loud Cannabis may have been booted from Play, but other pot delivery apps can still be downloaded 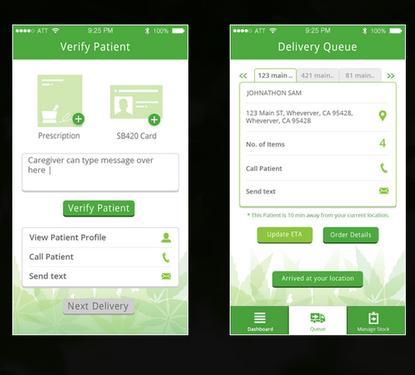 Google removed the app Loud Cannabis, which allows California residents to buy medical marijuana from growers, from its Play store.

Google has removed from its Play store an app that allowed California residents to purchase medical marijuana from growers.

Green Exchange had said Google approved its Loud Cannabis app and that the program had been available for months before getting pulled. The app allowed people who use marijuana for medical reasons to connect with growers and arrange to have the drug delivered to them.

Google didn't immediately reply to a request for comment, but its app developer guidelines prohibit programs that promote illegal activities. Selling prescription drugs without a prescription is explicitly mentioned. Google may think Loud Cannabis ran afoul of this guideline, but Green Exchange said the search giant is mistaken.

Green Exchange pointed out it only operates in California, where using marijuana for medical purposes is legal if people have a recommendation from their doctor.

Pulling the app from the Play Store violated patients' right to receive medical treatment, according to Green Exchange's interpretation of California law. However, while people are entitled to "uninterrupted care" from a doctor and health insurance organization, the law doesn't mention receiving medical services via a mobile app or website.

Green Exchange will appeal Google's decision and attempt to have its app reinstated. Until then, the company is directing Android users to its mobile website.

As U.S. states have legalized marijuana for medical use, companies have sprung up with mobile apps that offer on-demand delivery of the drug from medical dispensaries.