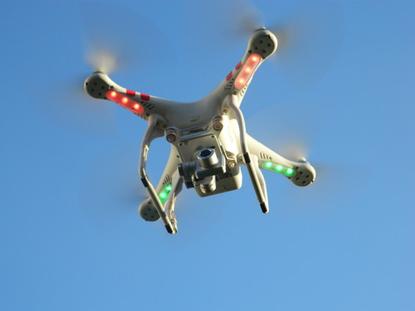 A U.S. government agency will start its third attempt to develop voluntary privacy standards for an emerging area of technology, this time with a series of meetings on drone privacy scheduled to begin Aug. 3.

The U.S. National Telecommunication and Information Administration has already hosted similar discussions on mobile app privacy and facial recognition privacy but with mixed results. Privacy groups pulled out of the facial recognition discussions in June, saying the process wouldn't lead to enough protections for consumers.

It's unclear how many privacy and consumer groups will take part in the discussions about drones.

Still, they present several privacy challenges that the NTIA discussions can address, said Angela Simpson, the agency's deputy assistant secretary for communications and information. President Barack Obama asked the agency earlier this year to host the discussions on privacy, she noted in a blog post.

In April, NTIA received more than 50 comments about drone privacy issues from individuals and companies.

Many residents get "needlessly upset" about drones flying around their neighborhoods, wrote Denver photographer Vic Moss, who uses drones to take pictures.

"Instead of wasting time and resources coming up with new legislation and regulation, simply use our county's limited resources we have to educate the general public about what the expectation privacy actually is," Moss wrote. The NTIA meetings are "simply a solution looking for a problem to attach to."

One critic of the NTIA's past privacy efforts said the Obama administration is "flying blind when it comes to privacy."

With the privacy groups walking out of the facial recognition talks, the intended multistakeholder discussions have become "uni" stakeholder, with only industry represented, said Jeffrey Chester, executive director of the Center for Digital Democracy, one of the groups that walked out.

"Consumer and privacy groups don't have confidence in the process," Chester said via email. "Protecting privacy from the use of drones requires a serious effort that the [NTIA] has so far failed to demonstrate."