Fon keeps adding Wi-Fi hotspots, but struggles to crack the US

Deals in Australia, Spain, Italy and Japan are fueling growth 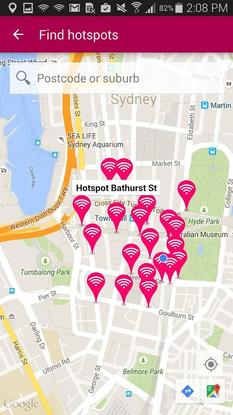 Wi-Fi aggregator Fon is continuing its mission to cover the world with shared broadband Internet connections, with recent deals giving it a boost. But the U.S. market continues to elude the company.

Today, Fon's network is made up of more than 15.6 million Wi-Fi hotspots. Recent deals with Vodafone in Spain and Italy, as well its partnership with Telstra in Australia, which goes live on Tuesday, is helping its continued expansion. Fon coverage in Japan is set to increase further via its partnership with SoftBank.

"We want to be in one out five households in parts of the world where there is good broadband penetration," new CEO Alex Puregger said.

Fon is based on the idea that users share their broadband connection with each other. The sharing is made possible by software the company has developed.

For example, Telstra's home broadband customers will be able to upgrade their home gateway to share their connection and in return access hotspots across the country and abroad when they travel. At the same time, international Fon users will be able to connect to all Fon-enabled hotspots in Australia.

The Telstra partnership is a big win for Fon, but it also highlights how complicated a deal like this is. The partnership was first announced in May last year. Since then the two companies have been working on integrating Telstra's modems and Fon's software and done lots and lots of testing to make sure everything works and is secure. The original goal was to launch early this year.

"A year is not a terrible implementation time for what we do. Then it goes very quickly," Puregger said.

Part of Puregger's plan to boost the number of hotspots is a new offering for small businesses that's currently under development.

But not everything has gone according go plan for Fon in the last two years. The company has largely failed to build a presence in the U.S. beyond a project in Brooklyn and a roaming deal with AT&T.

In January last year Fon closed a US$14 million funding round. The plan was to use part of that money to expand its presence in the U.S. and help it reach 35 million hotspots. Now the goal is to pass 25 million in a couple of years. But Puregger hasn't given up on bagging a big broadband operator in the U.S.

"We do have plans to expand, and we are in discussions and have a lot of things ongoing. But there is nothing at this point that I can share," he said.