Google asks for, and gets, extra time to respond to European antitrust charges

Google now has until mid-August to respond, likely delaying a settlement until after the long summer vacation 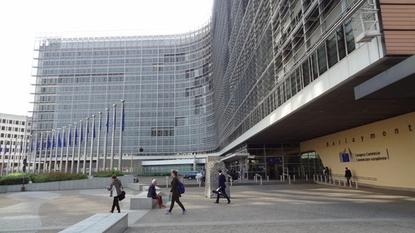 The entrance of the European Commission headquarters in Brussels on June 17, 2015

Google has managed to push the resolution of the antitrust case brought against it by the European Commission until after the long summer vacation.

The company had asked for extra time to examine documents provided by the Commission, which has now given it until Aug. 17 to defend itself against charges that it systematically favored its own comparison shopping product over those of competitors. Most Commission staff will be on vacation that month, although someone will be available to receive Google's response and "the right for Google to be heard will be fully respected," a Commission official said.

In April, the Commission concluded its investigation of Google's business practices, finding that by favoring its own products systematically the company infringes on European Union antitrust rules, hurts consumers and stifles competition. Google initially had 10 weeks to respond from the moment it had access to the charges, called a Statement of Objections, but that deadline has now been extended.

A redacted version of the charges was sent to complainants earlier this month. They were given four weeks to respond.

"Google asked for additional time to review the documents in the case file. In line with normal practice, the Commission analyzed the reasons for the request and granted an extension allowing Google to fully exercise its rights of defense," a Commission spokesman said in an email on Tuesday.

A Google spokesman declined to say why the company needed extra time.

The investigation began in 2010 after companies complained about Google's search practices. The Commission could eventually fine Google up to 10 percent of its worldwide annual revenue. The Statement of Objections to Google does not prejudge the outcome of the investigation, the Commission spokesman said, adding that Google's response will be carefully considered before taking a decision.