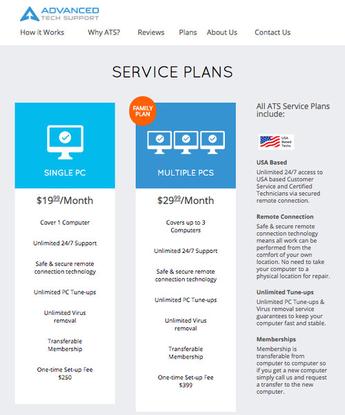 A Florida-based computer tech support call center has suffered a data breach, with customer records being abused by fraudsters trying to get access to online bank accounts.

The data breach is the latest problem for Advanced Tech Support, an inbound call center based in Boca Raton, which is run by Inbound Call Experts.

Last November, those two companies and others were sued by the Federal Trade Commission in U.S. District Court for the Southern District of Florida, for allegedly duping callers into buying overpriced computer support services and unnecessary security software.

In a warning posted on its website, Advanced Tech Support said the scammers try to get remote access to peoples' computers in order to steal online bank account details.

The scheme appears to be an inside job. The advisory said that "Advanced Tech Support believes it has found the culprit and terminated the responsible party."

Shortly after IDG News Service sent an email query to Advanced Tech Support, the warning was removed from the website. Robert Deignan, the manager of Inbound Call Experts, did not respond to an email.

It's unclear when the warning was posted to Advanced Tech Support's website. Customers, it said, have received phone calls from people posing as its employees and spoofing its phone number.

The fraudsters claim that customers are eligible for refunds, citing reasons such as an account was overcharged or conditions related to the FTC action or a class-action lawsuit.

To gain the customer's confidence, the details of past orders for products or services are relayed, such as the date of purchase. The fake representative then says that in order to give a refund, remote access to the computer is required.

If access is granted, the scammers try "to gain entry to online bank accounts," according to the advisory.

"In some situations, they claim that they have reimbursed too much money by mistake and ask for payment back through a money transfer service such as Western Union or Moneygram," it said.

After the FTC filed suit against Inbound Call Experts and Advanced Tech Support, the companies were briefly shut down after a judge granted a temporary restraining order.

The companies were allowed to resume operations as long the companies stopped using false or misleading statements to try to convince customers to buy good and services.

The FTC accused the companies of conning US$120 million from consumers since 2012, many of whom are senior citizens. Court documents indicate a mediator has been picked to assist in a possible settlement.

Tech support schemes have been widespread since around 2008, and many ride a fine legal line. Consumers end up calling the phone numbers for the companies after seeing the numbers in advertising software programs -- known as adware -- that are installed on their computers.

According to its pricing page, Advanced Tech Support charges $250 for a one-time setup and then $19.99 per month for unlimited PC tune-ups, virus removal services and 24-hour support. A package for three PCs has a $399 one-time setup cost and a $29.99 per month recurring fee.