The Upload: Your tech news briefing for Tuesday, June 23 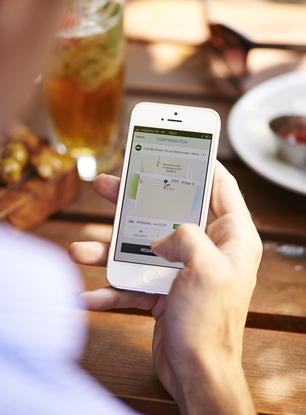 The Electronic Privacy Information Center has complained to the U.S. Federal Trade Commission about Uber's new data collection policy: it comes into effect next month and allows the company to access a customer's location even when the smartphone app is not actively in use, and to access the information from users' phone address books and send out promotional materials to contacts listed there. The changes "ignore past bad practices of the company involving the misuse of location data, pose a direct risk of consumer harm, and constitute an unfair and deceptive trade practice," EPIC said in its request for an FTC investigation.

Europe-wide law-enforcement agency Europol will unleash a specialized force online from July 1 to hunt down the key figures behind the Islamic State's prolific social media campaign, which is successfully recruiting young people to fight -- or marry fighters -- in Iraq and Syria, the Guardian reported. It will work with social media companies to take down Isis accounts within two hours of detecting them via network analytics.

Oracle's transition from cloud critic to cloud convert is complete, as it launched a raft of new services Monday that it claims will provide enterprises with all the tools they need to run their operations in the cloud. Oracle now claims to be the only cloud provider offering a complete line of enterprise software services, platform services and infrastructure services. It's a big turnaround from several years ago, when Larry Ellison dismissed the term "cloud" as a buzzword and a fad.

Even among poor, mobile Web is big in Africa

Eighty-seven million people in Nigeria browse the Internet on mobile phones, and about one fourth are people living below the poverty line, says a new report from the country's telecom regulator. Africans are turning to the mobile Web mainly because of poor landline infrastructure, which makes connections through desktops difficult; they have also been helped by the declining cost of mobile data bundles in many African countries, now priced as low as $5 per month.

Intelligence officers in the U.S. and U.K. apparently found the security software from Moscow-based Kaspersky Lab such an impediment to their cyber-spying work that they looked for ways to subvert it, including reverse engineering it, the Intercept reported. They also apparently snooped on communications between the software and Kaspersky servers, and looked at email sent to Kaspersky and other security software companies that discussed new viruses and vulnerabilities.

LOT Polish Airlines was forced to cancel 10 flights scheduled to depart from Warsaw's Chopin airport on Sunday after hackers attacked its ground computer systems. The attack wasn't described in detail but it left the airline unable to create flight plans for outbound flights, grounding around 1,400 passengers.

Days after photos leaked of a fire at one of North Korea's biggest hotels, the country has begun restricting access to Instagram -- a move that is the first known effort by the government to censor Internet content. Since only a tiny minority of privileged citizens can use the country's Internet connection, controlling online content hasn't previously been a big concern for the authoritarian regime. For some reason, though, the social media service is now on its radar.

We're increasingly surrounded by systems that listen to us -- often in the name of convenience (hello, Siri!) -- but have we thought through what happens when those listeners are tapped to report on us?