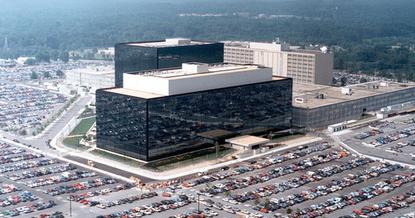 The U.S. National Security Agency's headquarters are at Fort Meade in Maryland.

U.S. residents have major problems with government surveillance, and six in 10 want to see the records collection provisions of the Patriot Act modified before Congress extends it, according to a survey commissioned by a civil rights group.

Just 34 percent of survey respondents said they'd like to see the Patriot Act preserved as a way to keep the U.S. safe from terrorists, according to the survey commissioned by the American Civil Liberties Union. Sixty percent either strongly or somewhat agreed with a statement saying Congress should modify the Patriot Act to "limit government surveillance and protect Americans' privacy."

The section of the Patriot Act that the National Security Agency has used to collect U.S. telephone records in bulk expires on June 1. Last week, the U.S. House of Representatives voted to limit the scope of the NSA's phone and business records collection inside the U.S., but Republican leaders in the Senate are pushing to extend the surveillance law without any changes. Some civil liberties groups have criticized the USA Freedom Act as too weak, with the ACLU calling it "modest" reform.

Support for amending the Patriot Act cut across party lines and age groups. Fifty-eight percent of Democrats, 59 percent of Republicans, and 71 percent of independent voters expressed support for changes to the law. Changes in the Patriot Act have strong support across the political spectrum, and politicians should take notice, said

There's a "large divide" in Congress about whether to modify, kill, or renew the Patriot Act without changes, Guliani said. The polling numbers show "how disconnected members of Congress are from the feelings of a lot of the public," she said.

Another 82 percent of the 1,001 likely voters in the survey said they were extremely, very or somewhat concerned that the U.S. government is collecting "personal information" like phone records, emails and bank statements. Section 215 of the Patriot Act allows the NSA to collect any U.S. business records relevant to an antiterrorism investigation.

The survey went beyond the current Patriot Act debate and asked questions about other surveillance programs, including the NSA's surveillance of overseas email and other electronic communications. Tens of thousands of U.S. residents' communications are swept up in that program every year, according to some lawmakers, and the FBI can search the content of those U.S. communications.

Seventy-nine percent of respondents said they found an argument for more privacy protections very or somewhat convincing because the government reportedly has access to personal conversations between husbands and wives, doctors and patients and pastors and congregants. "The government has no business interfering in these relationships," reads the statement that most people found convincing.

"There was real concern about what the government was accessing in your personal life," said Greg Strimple, pollster with G² Public Strategies, one of the firms that conducted the survey.

The U.S. Office of the Director of National Intelligence didn't immediately respond to a request for a comment on the survey.

The survey, conducted between April 6 and 12 by the Democratic Global Strategy Group and the Republican-aligned G², has a margin of error of 3.1 percent.