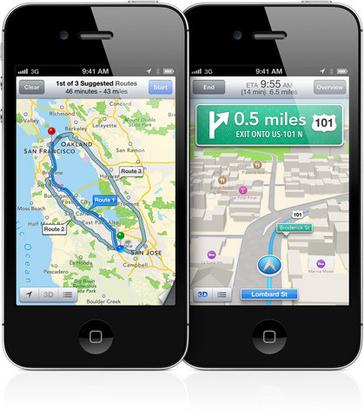 Apple, which has been working hard to bolster its mapping technology since ditching Google Maps in 2012, has acquired Coherent Navigation, a startup offering a high-accuracy GPS navigation service.

Coherent's navigation system is used in the Iridium satellite network, according to the LinkedIn profile of Paul Lego, who was CEO of the company before going to work for Apple. Coherent, which was founded in 2008 and is based in the San Francisco area, counts the U.S. government as a customer and had been aiming its technology at the mining, construction, energy and agriculture industries. Coherent had fewer than 10 employees, according to its LinkedIn page, which states that the company "has ceased operations."

Coherent joins a string of businesses Apple has purchased in recent years to beef up its mapping service. Until 2012, Apple's mapping technology was based on Google Maps. Other mapping and location companies Apple has acquired include PlaceBase, Locationary and BroadMap.

In a statement released to the media, Apple said it occasionally purchases small companies and doesn't discuss its acquisition plans. The timing, price and terms of the deal, which was first reported by MacRumors, weren't disclosed.

However, several former Coherent executives became Apple employees in recent months. Coherent CEO Paul Lego began working at Apple in January while co-founders William Bencze and Brent Ledvina joined the company in April, according to their LinkedIn profiles. Lego is on the Maps Team and Bencze and Ledvina work on location technologies.