Uber must face charges it discriminates against blind passengers 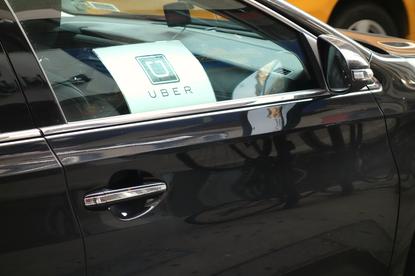 A court case that alleges Uber discriminates against blind passengers will be allowed to proceed despite an attempt by Uber to have it thrown out, a California judge ruled late Friday.

The lawsuit, which concerns several alleged incidents in which Uber drivers refused service to blind passengers with service animals, represents another battle over whether Uber should be governed by the sale rules that cover taxis, buses and other public transportation companies.

It alleges the company contravened the Americans With Disabilities Act and two California laws when Uber X drivers refused to provide rides to blind passengers and their animals. It was brought against Uber by the National Federation for the Blind of California (NFBC), which says it has documented more than 40 such instances.

Uber had argued that the lawsuit should be thrown out because the NFBC and several named individuals lacked standing to sue under the disability laws. Uber also wanted the court to rule that its service didn't fall under the definition of "public accommodation" and therefore wasn't subject to the laws. The latter argument could set an important precedent for how the service is governed.

But Judge Nathanael Cousins of the U.S. District Court for the Northern District of California rejected Uber's assertions.

"Guided by the policy of encouraging private enforcement of anti-discrimination statutes, the Court finds that plaintiffs have sufficiently alleged both standing and a plausible claim under the ADA and state law. Therefore, the Court denies the motion to dismiss on all grounds," he wrote in his order. "Uber must answer the complaint."

The complaint concerns the Uber X service, which utilizes private cars to transport Uber users, and details several alleged incidents in which drivers refused to allow guide dogs in their vehicles.

It also alleges that Uber X drivers gave low feedback scores to passengers with service animals. Riders are ranked after each journey by drivers and a lower feedback score makes it more likely that drivers will ignore future requests for rides.

In one alleged incident, a driver locked a guide dog in the closed trunk of a sedan.

"When [the rider] realized where the driver had placed her dog, she demanded that the driver pull over so that she could retrieve her dog from the trunk, but the driver refused her request," the complaint says.

Uber has 14 days to answer the complaint.

The company did not immediately respond to a request for comment.