Networking's open at last. Now what?

Open-source hardware and software provide new options, but most enterprises won't use them for years 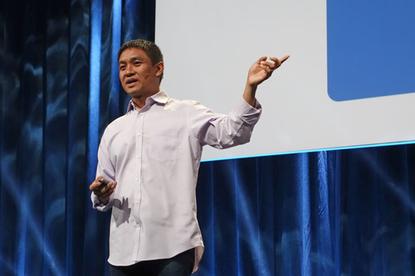 Networking hardware and spontaneous applause don't often go together, but Facebook's Omar Baldonado set off a round of cheering this week when he told engineers there's finally an open-source hardware design that they can use to build switches.

It was a goal the Open Compute Project had been working toward since mid-2013, and though the breakthrough happened late last year, Baldonado's speech at the organization's summit in San Jose, California, was a occasion for line-rate, no-packets-barred celebration.

OCP had done the same thing for networking that it did for computing: Make hardware designs openly available, so vendors can build lots of different boxes easily and cheaply, and promote open software development to give IT teams a choice of what to deploy.

It's a move away from the "black box" approach that for years has tied networking OSes and features tightly to proprietary hardware. Microsoft, Accton Technologies, Dell, Big Switch Networks and Facebook itself are among the companies contributing technology to the project.

Like open-source computing, open networking started at big Internet companies like Facebook but could draw in other enterprises looking for lower costs, a dev-ops way of running IT, or even more stable networks. It will take time to get traction in the average company, but eventually more than a third of IT shops are likely to do some open networking, according to one analyst.

Enterprises are used to buying switches and routers from tried-and-true vendors and getting the software to manage them as part of the deal. That's the main way Cisco Systems, the biggest seller of network gear, does business. That's because not everyone has an army of engineers like Facebook, which does networking -- of servers as well as people -- for a living. So vendors and system integrators are working on creating supply chains for open networks that look more like traditional IT purchasing.

However, open networking is inherently harder to do than open computing, just because of the complexity of making lots of boxes talk to each other. Not everyone is ready for that -- yet.

"People have a lot more options than they did before," said Lee Doyle, principal analyst at Doyle Research. "But if you look at Cisco's revenue and stock price recently, they're choosing Cisco."

That will change, analysts say, though it's not clear how many IT shops can make the leap. It will probably be the top 20 percent by size -- carriers, Internet content providers and big enterprises, Doyle said. "It's not worth it to save $10,000. If you're trying to save $10 million, that's a different deal."

Goldman Sachs, which participated in the OCP Summit, said it's using open networking because traditional gear comes with a lot of alert codes and management databases that the company doesn't need but still has to test and integrate into its architecture. Goldman bought OCP-compliant switches and wrote its own hardware management software.

The evolution from proprietary to open networking is like the move from Unix to Windows and Linux in servers, except with much higher risk, Gartner analyst Joe Skorupa said.

"If you get things wrong with a network, you don't lose an application, you lose the entire data center," Skorupa said.

What's more, enterprises have a lot invested in traditional gear and bought it to last five to seven years, so they'll wait before ripping it out to save money.

Nevertheless, Skorupa expects a third of all IT shops -- including the Web-scale players -- to adopt open networking. Another third will stick with the tried and true, and the other third may go either way, he said.

The first chance for most enterprises to break the mold will be in discrete projects in the next three to five years like setting up a Hadoop cluster for analytics, he said. But that will also be the testing ground for a dev-ops approach to IT, which can help companies address new demands more quickly.

Where traditional IT leaves networking to command-line interface experts, the new switches and software are designed for programmers from other parts of the company who play bigger roles in dev-ops, Skorupa said. The hands-on method of IT management that comes with dev-ops, plus the fact that open networking often uses fewer lines of code than traditional network software, can lead to fewer bugs and failures, he said.

And once an enterprise starts buying open networking gear for part of its operations, it will start evaluating every purchase with new prices in mind. Open switches may cost one-third as much as traditional products on a per-port basis, Skorupa said.

"You could be having some really, really tough discussions with your current supplier."