Microsoft opens up Xbox One to app developers 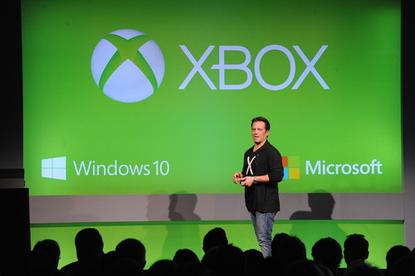 Phil Spencer, head of Xbox at Microsoft, addresses an audience at the 2015 Game Developers Conference (GDC) in San Francisco, where Microsoft announced it is making an SDK available for Xbox One developers.

Microsoft is opening up app development for the Xbox One with the launch of a kit that will be available to all developers, bringing the console closer to the Windows 10 space.

The Xbox Live SDK (software development kit) is at present being used by a limited group of developers to create new games and will soon be open to more, Phil Spencer, head of Xbox at Microsoft, said Wednesday at the 2015 Game Developers Conference (GDC) in San Francisco. Windows developers will be able to port their apps to the console as part of a wider push for interoperability.

The move is one facet of the attempt to make applications run across all devices in the Microsoft universe. The forthcoming Windows 10's Universal App Platform is supposed to make applications work on Xbox consoles, mobile devices and PCs with a single set of code, and would target a potential audience of 1.5 billion people, according to the company.

"This SDK will provide access to the vast majority of Xbox Live services currently available on Xbox One, under a shared set of APIs, integrated with the Windows Store," Microsoft said on its Xbox Wire blog.

The company also said it's committed to making Xbox Live accessible to game developers regardless of their size, and has added a new Xbox Live tier to allow developers to interact with the community.

At an event in January, Microsoft demoed cross-platform online game play with the same game being played by Xbox One and Windows 10 users.

The Universal App Platform would also work with HoloLens, the wrap-around, head-mounted holographic display that Microsoft announced in January.