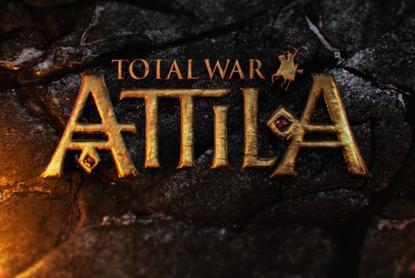 With this week's rollout of Firefox 35, Mozilla is taking a bold step toward reclaiming the relevance that Firefox once commanded. Key to that effort is the organization's move to take a standard technology called WebRTC and add it to Firefox to let users make voice and video calls from their browser.

The new feature, announced Tuesday, is called Hello, and it's not just Mozilla's desire to sound friendlier. It's the organization's latest salvo in a war against browser obscurity.

Firefox Hello lets the user initiate person-to-person conference calls directly from the browser. Although the user initiates the call on Firefox, the recipient can use any modern browser that supports WebRTC (Real-Time Communication). WebRTC is an open standard adopted by the W3C community for use in HTML5 that allows Web sites to incorporate video and audio conferencing tools into their pages.

The user initiating the call needs to have signed up for a Firefox account, though the call itself isn't managed by a server that keeps a directory of account holders. Instead, Hello triggers the sending of an e-mail to the call recipient, which contains a link to a server managed by Telefónica. When the recipient clicks that link, a signal is sent back to the initiator's Firefox browser, and the session can begin.

The call recipient finds herself on a page with a blazing Firefox logo.

As the Web transitions from a place for reading pages to a platform for running apps, browsers such as Firefox must evolve into a new kind of framework. The danger for Mozilla's effort to raise its profile is that any software framework -- like Java, AIR, .NET, or WinRT -- can slip quietly behind the scenes, joining anti-malware agents and background tools that users may forget are running in the background.

As WebRTC was originally envisioned, when a Web site wanted to communicate directly with users via voice or video, it could establish two-way communications using WebRTC, by way of components like buttons embedded into pages. For this scheme to work, all the major browser manufacturers -- Mozilla, Google, Microsoft, Apple, and Opera Software -- had to come on board, and they did. That cooperation is what makes it possible for Mozilla's Hello feature to let Firefox users dial up the users of its competitors' browsers.

But now that WebRTC technology has proven its worth, it's being perceived by some manufacturers as the key to making mobile devices that are not telephones competitive with smartphones. A device running the new Firefox OS, for example, could be sold by everyday retailers without the need for carrier contracts -- or the "bloatware" sometimes featured on phones subsidized by carriers.

So there's a chance that Hello, or any future Firefox OS-based device that supports it, may appeal to a new generation of "cord cutters." In the meantime, it has to become a familiar presence to the present generation of browser users.

Is there an added value?

What Hello is not -- at least, not yet -- is a multiparty conferencing system like Google Hangouts or Skype. It lacks the "buddy list" that messaging users have come to expect, and it also lacks a method for communicating with actual phone numbers. For multiparty or telephone communication to happen, Hello would need concurrent contact with a central server with a telephone system gateway, rather than just browser-to-browser contact.

So it should come as no surprise that last October, TokBox, Telefónica's own WebRTC project, announced its intention to pursue exactly this goal. It may sound retro, but your browser may one day soon pop up a number pad and emit a dial tone.

WebRTC opens up a wide range of scenarios. For example, could third parties, at some point, use an API to direct conferencing to Firefox Hello as an alternative to embedding WebRTC components in their own Web pages? (It would be contrary to the aims of HTML5, but still, could it be done?)

"We think there's clear interest in enabling Web sites to easily add communication features while leveraging the power of a client built within the browser," responded Chad Weiner, Mozilla's director of product management, in email. "An API could enable, for example, real-time support capabilities and enrich collaboration between services and their users... We can see a future where Hello evolves to support multi-party conferencing, but for now we're focused on making Hello the easiest way to connect with anyone, anywhere."

For now, Hello is a way for users to exploit WebRTC conferencing without waiting for Web sites to embed it into their pages first. Assuming the Firefox user is willing to add the Hello button to her toolbar (it must be done manually), it does give Hello a prominent position in front of any other WebRTC method available to Firefox users, which could make Hello more competitive to whatever else may come along -- for example, a chat button on a Web page.

Will there be competition? Yes, and it's coming in force.

Last October, Microsoft announced plans to incorporate a form of real-time communication said to be compatible with WebRTC, called ORTC, into a future version of Internet Explorer. It will be given the Skype brand, even though ORTC is not the P2P technology historically associated with Skype.

Microsoft then followed up that announcement the following month with the declaration that its Skype brand would absorb both its Lync business conferencing and its RTC efforts, signaling that Skype may not only become a featured brand in Windows 10 but in its browser as well. We may learn more about this on Jan. 21, when Microsoft unveils more details on its next operating system in an event at its Redmond, Washington headquarters.

Meanwhile, Cisco announced in November plans to extend its WebEx brand into WebRTC territory, with a conferencing system that enables multiparty video, along with a virtual "conference room," all using HTML5. And the former Siemens Enterprise Communications, now known as Unify, is building a sophisticated system of multistream chats. Called Circuit, Unify's system incorporates two-way and multiparty videoconferencing as well as text, in a Web site whose sophistication may rival that of social networks like LinkedIn and SaaS chat streams like Salesforce Chatter.

Granted, neither Cisco nor Unify produce browsers of their own. But it wouldn't take much for them, by way of HTML5 apps or browser plug-ins, to extend their own brands to such an extent that they effectively render the typical browser interface features unnecessary. Rather than powering up your device and double-clicking Internet Explorer or Firefox or Chrome, you may find yourself powering up Circuit or WebEx or Skype or Hello.

Yet another consideration will be whatever AT&T chooses to call its entry into the WebRTC mix. Yes, that's coming too.

Is Mozilla prepared for competition on this scale? Maybe, and maybe not. "We're focused on building a great communication feature for Firefox users," answered Mozilla's Chad Weiner, "that is easy to use, works across browsers, doesn't require an account, and enables sharing and collaboration."